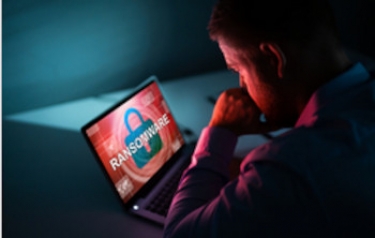 A man who claims to be a member of the group behind the Windows REvil ransomware says the group takes in more than US$100 million (A$1.4 million) annually through ransom payments.

The claim was made in an interview on the YouTube channel RussianOSINT on 23 October and was paraphrased in English by the security firm Intel471 on its blog on Wednesday.

The REvil member revealed details about the group's prior attacks, how profits are divided up, and various tactics, techniques and procedures it employs to carry out its attacks.

The man told host Sergey RedHunt that the REvil ransomware — which is also known as Sodinokibi — was created from the source code of a now defunct ransomware-as-a-service operation to which core members of the current REvil setup were affiliated.

The people behind REvil purchased the source code when the RaaS operation was shut down. The man said REvil had 10 developers and a much bigger team of pen-testers.

He said while the group attacked systems on its own, the RaaS model was more profitable. Affiliates were tasked with gaining access to targets, downloading files and deploying the ransomware.

The negotiations with victims and blackmailing, ransom collection and distribution were handled by the core members.

The REvil member said this model had led to profits booming; one affiliate was earning between US$20,000 to US$30,000 per target and six months after joining REvil, this affiliate's earnings grew to between US$7 million and US$8 million per target.

The interviewee said the most common way to infiltrate organisations was through flaws in Windows remote desktop vulnerability such as the BlueGate vulnerability which allows remote code execution.

The man said he preferred to use information stealers to obtain admin credentials and then access systems using those credentials to gain access to any managed service providers.

In the specific cases of Travelex and Grubman Shire Meiselas & Sacks, he said outdated Citrix and Pulse Secure installations were the gateway in, with access requiring just three minutes.

The REvil member said preferred targets were agriculture companies, insurance companies, Internet service providers, law firms and manufacturers, adding that victims paid the ransom in most cases to avoid stolen data being dumped online rather than to obtain a decryption key. According to another account of the interview, he also said the group was getting ready to attack a major gaming development firm and an announcement would be made about this soon.

There were only 12 cases when the gang could not decrypt files, as they were corrupted by victims who had tried to recover them by using third-party or anti-virus software. He claimed REvil did not take ransom payments in these cases.

The interviewee said steps had been introduced to guard against attempts by researchers or law enforcement to infiltrate the group.

There were new protection measures and new affiliates were tested by asking them questions about former Commonwealth of Independent States countries to which only Russian speakers would know the answers.

Would-be Russian-speaking infiltrators were vetted by asking them specific technical questions about attack techniques. The man said the group was aware that cyber security experts and vendors often tried to gain access to the group’s resources, and identified attempts to exploit cross-site scripting vulnerabilities. All attacks were claimed to be unsuccessful.

Brett Callow, ransomware threat researcher with the New Zealand-based security outfit Emsisoft, was sceptical about the claims: "First, there is no particular reason to believe the person interviewed is indeed a member of REvil," he told iTWire.

"Second, the claim about making US$100 million per year could well be a lie. It's very likely that REvil would overstate their revenues to make it easier to recruit affiliates, so the figure is probably exaggerated. Perhaps greatly exaggerated.

"That said, it's also not entirely beyond the realm of possibility, especially if they managed to reel in a Grubman-sized demand."

More in this category: « With US poll six days away, ASPI warns of attacks on foreign elections Nitro breach was probably through cloud, claims cyber sec firm »
Share News tips for the iTWire Journalists? Your tip will be anonymous