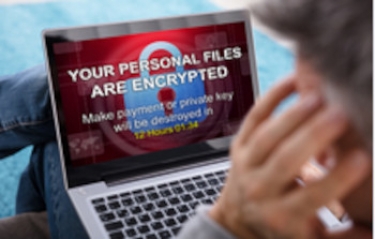 A number of Windows ransomware gangs have reacted to the reported takedown of the REvil gang, with one of them, Darkside, now known as BlackMatter, moving some of the bitcoin it holds, according to a statement from the cryptocurrency tracking firm Elliptic.

The company said the DarkSide gang had received a little more than US$90 million (A$120.5 million) from about 50 victims during its lifetime. It shut down in May, according to a claim made by a website funded by a CIA-backed threat intelligence firm.

In a second development, the gang behind the Conti ransomware issued a long statement, painting themselves as virtuous operators and claiming that what REvil had bilked from companies was "honestly earned money".

A third reaction came from a group known as Groove, which urged attacks on US interests in retaliation for the takedown of REvil

Elliptic claimed the US had seized 63.7 bitcoin which DarkSide had received as its share of the 75 bitcoin paid as ransom for the attack on the Colonial pipeline.

It said DarkSide had retained a cryptocurrency wallet to hold its bitcoin, including 11.3 bitcoin from the Colonial hit. On the day it was reportedly taken down, the wallet was emptied, with 108.8 bitcoin being sent to a new wallet.

These funds, now worth US$7 million, had begun moving on 21 October, Elliptic said, adding that it was moved through a number of new wallets, with small amounts being retained at each step.

"This is a common money laundering technique, used to attempt to make the funds more difficult to track and to aid their conversion into fiat currency through exchanges," the Elliptic statement said. "The process is ongoing, but small amounts of the funds have already been sent to known exchanges."

The Conti statement said, in part: "As a team, we always look at the work of our colleagues in the art of pen-testing, corporate data security, information systems, and network security. We rejoice at their successes and support them in their hardships."

All joking aside, I'm betting things are a bit... tense for anyone even remotely tied to REvil right now. https://t.co/sO4XZWAXUB

It questioned the US move to attack servers in other countries, and also referred to America's invasions of Iraq and Afghanistan, drone strikes and shootings within the US to claim that the strike on REvil was just part of a pattern of incidents.

The Groove statement, was in Russian, and a sanitised translation was published by the website, Bleeping Computer.

It said, in part: "In our difficult and troubled time when the US Government is trying to fight us, I call on all partner programs to stop competing, unite and start **cking up the US public sector..."

Contacted for comment, Brett Callow, ransomware researcher with the New Zealand-based security company Emsisoft, said: "The fact that law enforcement successfully disrupted operations on a number of recent occasions will have threat actors sweating, especially since they don't know how the other operations were disrupted.

"The bluster and posturing from Conti and Groove is the result. They're not railing against the US, they're trying to convince their partners and affiliates that they're confident and there's no cause for concern."