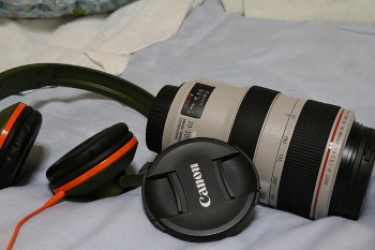 Image by akira535 from Pixabay

Japanese multinational optical and imaging products vendor Canon appears to have become the victim of an attack by a gang using the Windows Maze ransomware.

The company, which has a primary listing on the Tokyo Stock Exchange and is a constituent of the TOPIX Core30 and Nikkei 225 index, and has a secondary listing on the NYSE, was apparently could not provide the free 10Gb storage it promises users due to the attack. 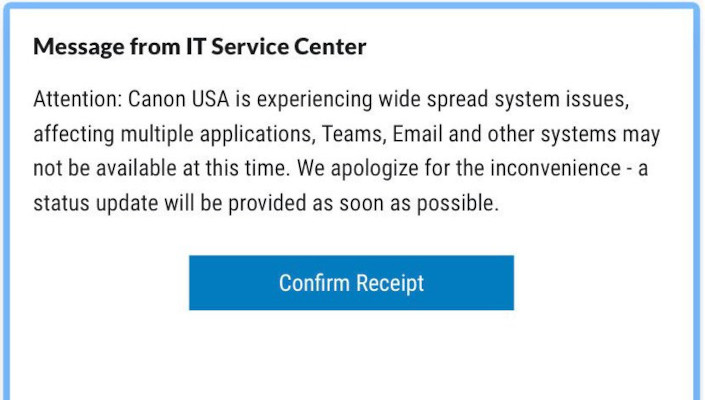 The ransomware specialist website Bleeping Computer said it had been contacted by a source who had shared an image saying that the company was experiencing widespread system issues which were affecting multiple applications. [Microsoft] Teams, email, and other systems may not be available at this time."

It claimed that it had been told by the Maze gang that about 10TB of data had been filched from the Canon website.

The site said it had gotten hold of the ransom note (below) sent to Canon.

"Companies that yield to those demands are playing it forward, and not in a good way. They're ensuring that other companies will be hit in the future. Ransomware is only a problem because companies keep on paying, and it will continue to be a problem until they stop paying."

John Shier, senior security adviser at Sophos, said: "This is yet another example of the Maze gang's sustained and brazen targetting of enterprises. Following other recent high-profile attacks, this latest salvo should be a wake-up call to all the enterprises who haven't taken the time to assess their security posture and bolster their defences against these pernicious adversaries.

"Many of these attacks start by exploiting external services or simple phishing campaigns. The successful campaigns will often be followed by living-off-the-land techniques, abusing over-privileged and under-protected accounts, and hiding in plain sight.

"Enterprises must take the time to ensure they've built a strong security foundation (e.g. principle of least privilege, MFA everywhere, patching, user training, etc.), which includes investment in both prevention and detection technologies today if they don't want to be a victim tomorrow."

Sanjay Jagad, senior director of Products and Solutions at US enterprise data storage company Cloudian, said: "Canon, LG and Xerox were all recent victims of Maze ransomware attacks, and we’ll continue to see more and more organisations fall prey to such breaches.

"Encryption doesn’t work against ransomware because the attacker can simply re-encrypt the data to prevent access to its rightful owner. Other traditional approaches to combatting ransomware, such as anti-phishing training, firewalls and password software, often fall short. The only way for organizations to really safeguard themselves is to protect data at the storage layer.

"They can so by leveraging WORM (Write Once Read Many) storage. WORM is the easiest and most effective method to mitigating ransomware attacks. With WORM, data is made immutable: once written, it cannot be changed or deleted for a specific period.

"This prevents malware from being able to encrypt the data and lock the victim out. In the event of a ransomware attack, organisations can restore an uninfected copy of the data using a simple recovery process.

"In the past you needed specialised storage devices to leverage WORM. However, select object storage systems now offer a new feature called Object Lock to provide WORM functionality within your enterprise storage system. With Object Lock, data is protected at the device level, rather than being dependent on an external layer for defence."

More in this category: « Sophos says WastedLocker has many similarities to Bitpaymer and Dridex Germany's NETZSCH Group hit by Windows Clop ransomware »
Share News tips for the iTWire Journalists? Your tip will be anonymous