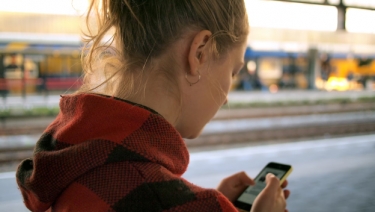 Fifty percent of travellers use public Wi-Fi while on the road. However, only 20% of them use a VPN to protect themselves while being connected to a public network, according to a NordVPN survey.

“Travellers connect to public Wi-Fi in airports, cafes, parks, and trains. Some even use public computers to print their visa information or flight tickets. A virtual private network (VPN) in those cases is crucial if you want to make sure that your vacation will not be ruined by cybercriminals. Nobody wants to lose access to their device or their bank account during a trip to a foreign country,” said NordVPN cybersecurity expert Daniel Markuson.

As International VPN Day (19 August) is just around the corner, Markuson lists all the benefits offered by the service.

Enhanced online security
The main purpose of a VPN is to keep its user’s online connection secure even when they are away from home. Hackers can set up fake hotspots or access unsecured public routers and this way monitor users’ online activity.

Once a user is connected, criminals can intercept their internet traffic, infect the device with malware, and steal their victim’s personal information, according to Markuson.

When authenticating themselves on public Wi-Fi, users often need to type in their email address or phone number. However, if a user has accidentally connected to a hacker’s hotspot, they could be exposing themselves to danger.

A VPN hides users’ IP address and encrypts their online activity. That means that, even if a user is using a malicious hotspot, the hacker behind it won’t be able to monitor their activity.

Therefore, getting a VPN for travel abroad is essential if you want to stay secure and private online.

Access blocked websites
Imagine the user is visiting the Great Wall of China and they want to update their social media or check the news while exploring.

China is not alone: Iran, Vietnam, Russia, Cuba, Indonesia, and many other countries censor the internet and decide what their citizens can access.

With a VPN enabled, users can change your IP address, bypass censorship, and browse the internet freely. If they happen to work, study, or travel in one of these countries, a VPN is a vital tool.

Depending on the country users are located, the prices for airline tickets, car reservations, and hotels might vary. That’s because businesses know that people in different countries can and will pay higher amounts for certain products and services.

If travellers use VPN for travel, they can hop between servers in different countries and find the best deals available.

Make the best of additional VPN features
As the industry is evolving, many VPN providers add new features to make their users’ experience even more wholesome.

NordVPN added the Meshnet feature that lets travellers connect to other devices directly no matter where in the world they are. This enables users to form a remote connection with their home or office PC from anywhere in the world to share files or for other uses.

This first appeared in the subscription newsletter CommsWire on 9 August 2022.

More in this category: « How VMware Carbon Black Workload for Amazon secures workloads Bumper load of fixes from Microsoft on August Patch Tuesday »
Share News tips for the iTWire Journalists? Your tip will be anonymous