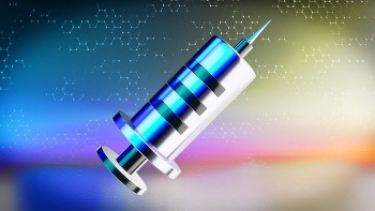 Image by Julien Tromeur from Pixabay

Well-known information security expert Dan Kaminsky has died suddenly at the age of 42, leading to an outpouring of tributes from the community of which he was part.

His niece, Sarah, posted a tweet which included some details about the cause of death, on Monday.

Rest In Peace, Dan Kaminsky. Our world will never be the same. pic.twitter.com/DCxjwDoBie

She said her uncle would have laughed at the idea of conspiracy theorists promoting anti-vaccination propaganda through his death.

"But as his family, it hurts us to see his death being used to spread lies about a vaccine that he had full faith in," Sarah added.

Kaminsky gained fame in 2008 when he discovered a flaw in the domain name system protocol that could be used to poison the cache on most implementations of the protocol, according to Wikipedia.

He was also known for his research into the Sony rootkit which was exposed by Mark Russinovich, at that time with Winternals and now a Microsoft employee.

We are saddened to hear the news of the passing of Dan Kaminsky. Rest in Peace. pic.twitter.com/zrud3ckXCk

Kaminsky ran a company known as White Ops which specialised in finding out malware activity through the use of JavaScript. He also worked as a penetration tester at IOActive, and also had stints at Cisco and Avaya.

No one that knew Dan Kaminsky well is talking about DNS today. They are talking about kindness, boundless energy and positivity, spontaneous adventures, and how hard he worked to lift others up. Want to emulate one of the greatest hackers of all time? Let that be your guide.

Aw Dan. The year we met, you showed me a camera that fit in an Altoid box the night HD told me he was building metasploit.
Your DNS bug catalyzed the creation of Microsoft Vulnerability Research. But your kindness is what we’ll miss. Rest easy old friend?https://t.co/cbeta7uRGe