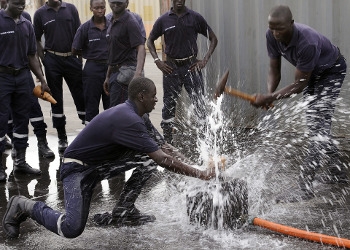 Two of America's spy agencies, the CIA and the FBI, have launched a bid to try and discover who leaked a massive load of documents — which has been labelled Vault 7 and released in drips since 7 March — to WikiLeaks.

American TV network CBS News reported that the search was on to discover either a CIA employee or a contractor who had had access to the Vault 7 documents.

The news appears to confirm WikiLeaks' claims that the documents released are genuine CIA material.

According to CBS' sources, the Vault 7 documents were classified and stored securely but hundreds would have had access and a list of names was being examined to try and find the alleged culprit.

"It is time to call out WikiLeaks for what it really is: A non-state hostile intelligence service often abetted by state actors like Russia," he said.

WikiLeaks has not identified the source of the documents, but only said that it was not from a state-level actor.

More in this category: « Three months on, no Linksys router patches for remote holes ISPs avoid adverse comment on Tehan's malware plan »
Share News tips for the iTWire Journalists? Your tip will be anonymous