US Windows ransomware attacks in 2021 little changed from 2020 Featured 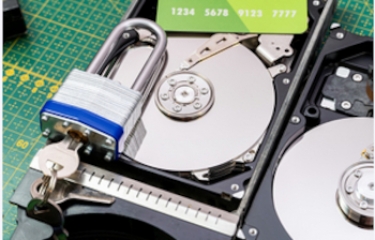 Ransomware attacks on Windows systems in the US during 2021 showed a small dip from the previous year, with 2323 local governments, schools and healthcare providers hit, the security firm Emsisoft reports.

At least 118 data breaches resulted from these attacks, with sensitive information posted online in one case.

The Emsisoft report said in 2021, smaller municipalities and counties were hit, compared to earlier years when big cities like Baltimore and Atlanta were affected.

No estimates of costs were provided, though Emsisoft did cite a couple of cases like that of Scripps Health which estimated that it has spent US$112.7 million on getting things back to normal.

One development that merited note was the actions of the US Government following the attacks on the Colonial Pipeline and meat processor JBS, with President Joe Biden raising the issue with his Russian counterpart, Vladimir Putin.

More recently, there have been arrests in Russia, with a number of the REvil gang being taken into custody.

"While it is too to say what impact these actions will have, they are certainly a step in the right direction," Emsisoft commented.

"Ransomware became so much of a problem because the cyber criminals were able to operate with almost complete impunity. That is finally starting to change."

Contacted for comment, Brett Callow, a ransomware researcher with Emsisoft, told iTWire: "Whatever Russia's motivations may be, the arrest of the REvil members is significant, at least in the short term.

"There's a considerable amount of crossover between ransomware operations. Developers and affiliates can work with more than one operation, they deal with the same access brokers, tumbling services, cashing-out services, etc., etc. And that means a compromise of one operation can potentially have a knock-on effect.

"Additionally, it's likely that some actors will decide the risks are now too great and decide to make an exit while they can. We've seen this after other disruptions, especially with small-time actors who may be less of their ability to remain under the radar.

"We're still a very long well from solving the ransomware problem, but we're finally taking steps in the right direction."

More in this category: « DHL displaces Microsoft from top of Check Point's brand phishing list WatchGuard reports big growth in malware and ransomware »
Share News tips for the iTWire Journalists? Your tip will be anonymous