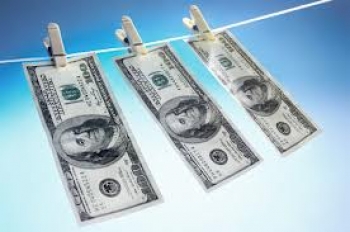 At a dramatic press conference in New York City, the US Department of Justice (DOJ) has announced it has broken open a Costa Rican money laundering operation that had over a million users. Australia was one of 15 countries involved in shutting down the operation.

On the sunny shores of Costa Rica, Central America’s most peaceful and prosperous country, there is a bank with the name of Liberty Reserve. Or there was, until this week. Liberty Reserve was a front for money launderers, and the world’s largest known facility for washing the proceeds of cyber crime.

Westpac has been named as one of the global financial institutions that were used by international criminals to hide the origins of over $6 billion in criminal proceeds. Liberty Reserve account holders held $38 million in Westpac accounts, said DOJ officials, indicating that at least some of the cash came from or was directed to Australia. Westpac has refused to comment,

“As charged in the indictment unsealed today, Liberty Reserve was a financial hub for cybercriminals, Ponzi schemers, child pornographers, identity thieves, and other criminals seeking to hide, launder, and use ill-gotten funds.

Raman said Liberty Reserve operated “on an enormous scale, a digital currency system designed to provide cyber and other criminals with a way to launder their profits without leaving a trace. Liberty Reserve was a massive criminal enterprise servicing more than one million users globally – including 200,000 in the United States alone.

“The company’s very purpose was to launder its users’ criminal proceeds through the US and global financial system,” said Raman. “So committed, in fact, was the principal founder of Liberty Reserve to avoid the reach of US law, that, according to the indictment, in 2011 he formally renounced his US citizenship and became a Costa Rican citizen, telling immigration authorities that he was concerned the software his company was developing ‘might open him up to liability in the US’.

“His co-founder doubled down on that sentiment in an online chat captured by law enforcement, noting that ‘everyone’ in the United States, such as ‘DOJ’ knows that Liberty Reserve is a ‘money laundering operation that hackers use’.”

The two men referred to by Raman are Arthur Budovsky, a former US citizen in Costa Rica, and New Yorker Vladimir Kats. They previously ran a company called Golden Age, and were convicted in New York in 2006 for operating an unlicensed money transmitting business. The DOJ charged seven people in all.

Anybody could open an account at Liberty Reserve. Bloomberg reports that an undercover DOJ agent was able to establish an account under the name ‘Joe Bogus’ of ‘123 Fake Main Street, Completely Made Up City, New York.’

Raman described a range of coordinated global actions to permanently put Liberty Reserve out of business. “By indicting Liberty Reserve and its principals, restraining over $25 million in criminal proceeds, forfeiting domain names, and seizing servers in countries around the globe, our message is clear – money launderers can run, but they can’t hide from the US justice system.”

Three years ago, the DOJ’s Criminal Division created a Money Laundering and Bank Integrity Unit within its Asset Forfeiture and Money Laundering Section. “The mission of this elite group of lawyers is to prosecute professional money launderers and financial institutions, particularly those using the latest and most sophisticated money laundering techniques, such as digital currency, to move the money of transnational criminal organisations, drug cartels, and other criminals,” said Raman.

“Today, this unit – working in close cooperation with our partners in the Southern District of New York – has brought what we believe to be the largest international money laundering prosecution in the history of the department. Combating the threat of global illicit finance requires using every tool we have at our disposal, and today we demonstrate our resolve to ensure that criminals who exploit the US and global financial system will be held to account.

More in this category: « McAfee says “clear and present danger” for small and medium businesses (SMB) ahead McAfee’s new Complete Endpoint Protection for enterprise and small to medium business »
Share News tips for the iTWire Journalists? Your tip will be anonymous