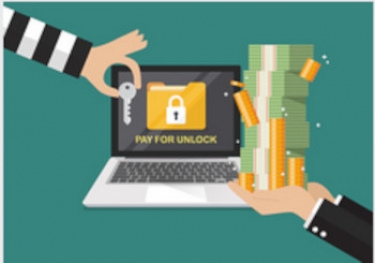 The US has announced that it will bring together 30 countries, including NATO members and the G7, in an alliance to fight against cyber attacks and disrupt ransomware attacks.

In a statement issued on Friday to mark Cyber Security Awareness Month, US President Joe Biden said America would use all its resources to "to disrupt malicious cyber activity, including managing both the risks and opportunities of emerging technologies like quantum computing and artificial intelligence".

In June, Biden said he had spoken to Russian President Vladimir Putin about the problem of ransomware in view of the fact that many gangs who use this form of malware to extort ransoms reside within Russia.

They appear to have carte blanche to attack companies or individuals provided they avoid causing any issues within Russia's borders.

Pressure on ransomware gangs increased after a hit on the Colonial pipeline in the US in May by the DarkSide ransomware gang and Biden raised the issue with Putin, according to a statement from the White House at the time.

A month later, in July, the actors behind REvil hit about 60 managed service providers using a zero-day flaw in the Kaseya VSA remote management software. Kaseya is a solutions developer for MSPs.

There has been a rise in ransomware attacks over the last year.

Biden said in Friday's statement: "We must lock our digital doors — by encrypting our data and using multifactor authentication, for example — and we must build technology securely by design, enabling consumers to understand the risks in the technologies they buy.

"Because people — from those who build technology to those to deploy technology — are at the heart of our success."

More in this category: « Most malware delivered via encrypted connections: report Britain to set up new cyber centre, threatens retaliation if attacked »
Share News tips for the iTWire Journalists? Your tip will be anonymous