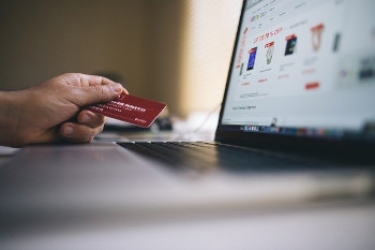 American payments processing company TSYS, that has global operations, has suffered a hit from the Windows Conti ransomware.

The group has published some data on its dark web site which was presumably stolen from the TSYS systems which it breached, but made no claims about what it has exfiltrated.

Conti, which is also known as Ryuk, claims that what it has published is 15% of the total stolen during the attack.

However, the website krebsonsecurity.com, run by former Washington Post employee Brian Krebs, claims [screenshot below] that the people behind the attack have said pre-paid card data was compromised.

A screenshot from the krebsonsecurity.com website, showing the claim about pre-paid data.

As can be seen from a screenshot of the Conti site below, no such claim has been made. Krebs did not specify from where he had got this nugget of information.

Of itself, TSYS says it has operations in about 80 countries, 200 clients and more than 638 million traditional accounts on file.

TSYS is owned by the Global Payments group that is a member of the S&P 500. The 37-year-old TSYS pulled in revenue of a little more than US$4 billion in 2018, according to Wikipedia. 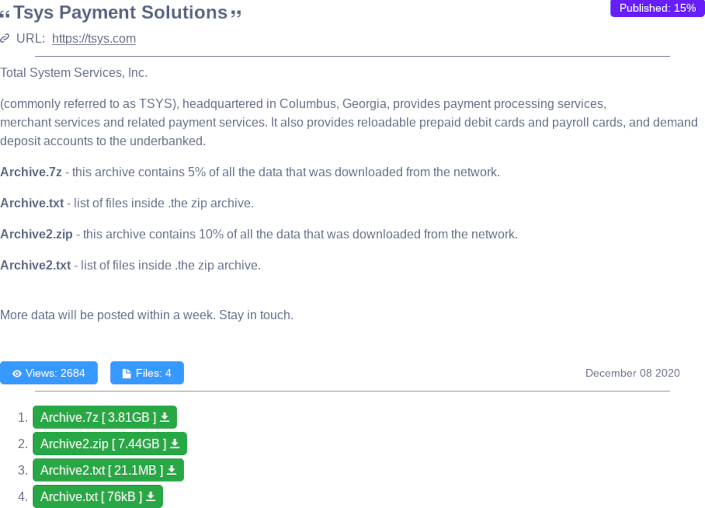 A screenshot from the Conti site on the dark web. Supplied

Krebs has, in the past, criticised the website Bleeping Computer and the security firm Cyble for publicising ransomware attacks.

He wrote that the two entities were "trumpeting claims of ransomware attacks on companies large and small, apparently based on little more than the say-so of the ransomware gangs themselves. Such coverage is potentially quite harmful and plays deftly into the hands of organised crime".

Dark web intelligence firm DarkTracer cited Conti as being used in 122 attacks worldwide in statistics it disseminated back in October. At that time, Maze, a group which has now shut down operations, was well ahead of the rest with 262 attacks.