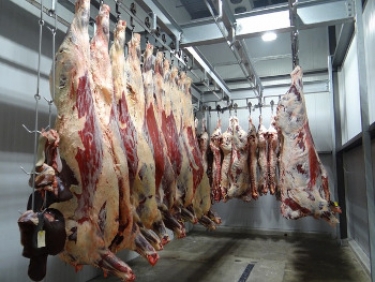 Image by BlackRiv from Pixabay

JBS Foods, the biggest meat-processing operation in the world, has been hit by a cyber-attack that has affected its American and Australian operations.

A statement from the company's American arm on Sunday said it had determined that was the target of an organised cyber-attack.

Monday was Memorial Day in the US, the equivalent of Anzac Day on this side of the world.

JBS has nearly a quarter of a million employees and provides beef, chicken and pork to countries around the globe.

While there has been indication from common ransomware groups about the attack, there has been some speculation that this genre of Windows malware is to blame.

JBS USA said, on noticing the intrusion, it "took immediate action, suspending all affected systems, notifying authorities and activating the company's global network of IT professionals and third-party experts to resolve the situation".

"The company’s back-up servers were not affected, and it is actively working with an Incident Response firm to restore its systems as soon as possible.

"The company is not aware of any evidence at this time that any customer, supplier or employee data has been compromised or misused as a result of the situation. Resolution of the incident will take time, which may delay certain transactions with customers and suppliers."

"It also highlights how attractive these industries have become to cyber criminals as more IT and OT systems converge. If the recent attack on Colonial Pipeline has taught us anything, it's that cyber attacks on critical infrastructure don't only impact the organisation but have society-wide implications that cascade into the geographies and supply chains where the organisation operates.

"Organisations cannot afford to shut down entire operations every time a cyberattack occurs. Instead, OT cybersecurity needs to be recognised as a core ingredient to gain visibility, security and control over critical infrastructure environments in Australia and the rest of the world."

Well-known British security boffin Kevin Beaumont put out the following series of tweets which, while humorous, seem quite relevant.

How ransomware incidents go as a thread, for those who haven’t dealt with them, day 1 versus day 14:

“We will restore from backup!”

“nobody knows how to restore from backup without Active Directory. Also, we have no backup server or tape library drivers.. or working backups”

“Nobody installed the security products or read the alerts”

“We’ll get the key systems back first!”

“Our key systems are interconnected with 412 other systems spread across 1732 servers with 712 service accounts and SQL databases connected to SharePoint farms, where the level of documentation is a scroll in Jimbo’s bottom drawer”