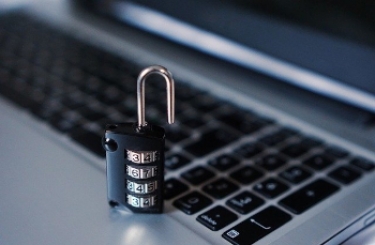 The chief executive of a British security firm has criticised the American firm FireEye — which had its Red Team tools stolen by an unknown adversary recently — of using fancy terms in its advisory about the attack in order to hide its own failings.

Andy Jenkinson, who heads Cybersec Innovation Partners, told iTWire in response to a query: "Would you leave all your windows, side, front and backdoors wide open in what is known as a high-risk area and leave it for a few years and return expecting everything to be in order?

"Of course not. That is what happened at FireEye and what is happening everywhere. You will hear the term ‘sophisticated’ attack because it sounds a lot better than 'we were negligent, we overlooked basic security'.

"The actual software, once a target is identified using OSINT and the initial infiltration, may or may not be sophisticated. However, the fact they were identified as being insecure in the first place is the exact reason they are targeted."

FireEye announced the intrusion on Wednesday AEDT, saying the tools used by its Red Team — an attack unit — had been stolen by a group that it claimed was a "highly sophisticated state-sponsored adversary".

BREAKING: #FireEye has found the insider responsible for the the #FireEyeHack. The company is currently on the lookout for this man as he is responsible for the breach. Attribution will follow shortly as we find out more him and his group #Fsociety#MrRobot #allsafe pic.twitter.com/9Q95Ec0Rwn

Along with Jenkinson, a Danish security researcher Peter Kruse has also pointed out weak links in FireEye's defences, saying the company he works for, CSIS Cyber, had informed the US firm about intrusions into a number of its internal systems by the Trickbot trojan as early as October.

Trickbot only runs on Microsoft's Windows operating system. When contacted about the claims levelled by Jenkinson and Kruse, FireEye had nothing to add to its original two blog posts.

Jenkinson pointed to an investigation done by his company into security at the Vatican, where most of the 85 sub-domains were found to be insecure as the homepage did not use SSL.

"By being not secure, a website (domain or sub-domain) isn’t authenticated, encrypted and lacks data integrity," he said. "This lack of Internet-facing control, management and security, also acts as a barometer for what lies just behind in the form of application and or software issues."

Jenkinson said Google had stopped trusting insecure sites in favour of those that had SSL integrated. "Everyone has been encouraged to update their domains to have new HTTPS headers and adopt the latest certificates etc to make them secure, and compliant with GDPR etc," he added.

"Websites are typically attacked top encrypt or steal PII data that typically sits behind the website on a server. Once in, via a compromised website, a cyber criminal can move around laterally, often without any consequences."

Among those sites he faulted were the Australian Defence Department, saying he had spoken to Melissa Price, the minister for defence industry, about it. "Look at www.tonyabbott.com.au which has been not secure all year!,"Jenkinson said, pointing a site belonging to the former Australian prime minister.

"FireEye and the MOD will have literally hundreds of domains and sub-domains. Bacardi have more than 7000 and NASA has 23,699 domains. It is an arduous task to control and manage each and every one and some, like the sub-domains of FireEye that we found, are maintaining sub-optimal, Internet-facing security."