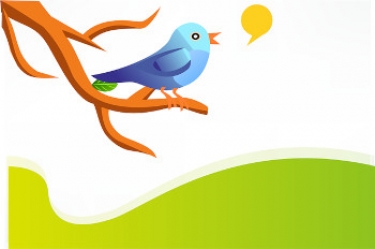 A group of attackers who claimed to have hacked the Belarus Railway have posted proof of their exploit on Twitter in what appears to be a violation of the social media site's policies.

The group, Belarusian Cyber-Partisans, said it was posting the proofs after being challenged by the media to do so.

A number of documents were posted as proof, including an internal document recently exchanged between a Belarusian railway lead engineer and a Russian railway head of IT department and a screenshot of an internal Belarus railway website for railway telegram messages.

In its so-called Hacked Materials Policy, Twitter says: "As such, we don't permit the use of our services to directly distribute content obtained through hacking by the people or groups associated with a hack."

The company was forced to change its rules in 2020, following the posting of a story about Hunter Biden, the son of US President Joe Biden.

Following what appeared to be a discriminatory act in taking down links to the story, Twitter's legal executive Vijaya Gadde said in a thread: "Over the last 24 hours, we’ve received significant feedback (from critical to supportive) about how we enforced our Hacked Materials Policy yesterday. After reflecting on this feedback, we have decided to make changes to the policy and how we enforce it.

"We will no longer remove hacked content unless it is directly shared by hackers or those acting in concert with them.

"We will label Tweets to provide context instead of blocking links from being shared on Twitter."

"Threat actors are increasingly using social networks to distribute hacked materials. The reason for this is simply that materials shared this way can reach a far wider audience far more quickly than materials shared on an obscure Tor site and, therefore, it increases the pressure on victim organisations.

"Twitter's policy in relation to hacked materials is quite clear: it does not permit its services to be used by hackers to distribute the materials they hacked. Additionally, the policy states that, "Accounts engaged in the direct distribution of hacked materials which are found to be directly operated by hackers, hacking groups, or people acting for or on behalf of such hackers will be permanently suspended."

"That's great, but only if it actually happens and happens very quickly. The Belarusian Cyber-Partisans' account has existed since August 2021 while the tweets containing the hacked materials have now been online for more than 24 hours."

An internal document recently exchanged between a Belarusian railway lead engineer and a Russian railway head of IT department pic.twitter.com/5uiCT0TPbO

Twitter has no media contacts listed on its site to seek clarification.