Transport for NSW breached through bug in Accellion file-transfer system 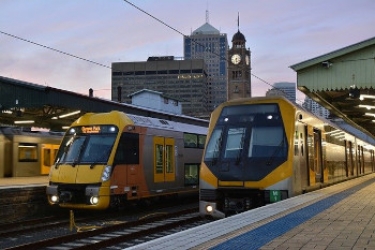 Image by Andy Leung from Pixabay

Transport for NSW has been hit by an attack on a file transfer system manufactured by the firm Accellion, the agency says.

The Accellion FTA has been in the news recently as reports of attacks in a number of countries have come to light.

A Transport for NSW statement said some information had been exfiltrated from its systems before the attack was noticed and halted.

"Cyber Security NSW is managing the NSW Government investigation with the help of forensic specialists," the statement said. "We are working closely with Cyber Security NSW to understand the impact of the breach, including to customer data."

The statement said the breach was limited to servers running the Accellion software. All other systems, including those that stored driver licence data or Opal data were not affected.

A Cyber Security NSW statement about the incident said it had become aware of the Accellion FTA vulnerability in January and had set up a unit known as Strike Force Martine to investigate the impact in the state.

"The NSW Government has retired all instances of Accellion FTA as part of the centralised response to protect customer and government data," Cyber Security NSW said.

"Transport for NSW and NSW Health are among agencies that have been affected by the incident. An assessment of the volume and value of data, and any consequences for customers or government is underway.

"Forensic analysis by industry specialists has established there was no third-party access to major agency systems including the Driver Licence systems, the Opal travel systems, or electronic medical records systems used by public hospitals."

Mandiant, a unit of American cyber security company FireEye, said this week it had identified the attacker behind the Accellion FTA attacks and given him/her the moniker UNC2546.

The attacker is using the website of the Windows Cl0p ransomware group to host data that has been stolen using the Accellion FTA vulnerability.

On 15 February, Singtel was reported to have been hit by a similar attack. Singtel is the owner of Optus, Australia's second biggest telco.

Commenting on the Accellion incidents, Richard Marr, general manager APAC at authentication platform vendor Auth0, said: "Since the emergence of the Accellion data breach in December, we have seen a number of Australian organisations subjected to attacks.

"The latest is Transport for NSW. As public users and consumers give more of themselves away online to access digital services, they expect that their data is safe. With the complexity of today's attacks, one tactic alone is not enough.

"As credential-related attacks rise, it is up to organisations to prioritise cyber security awareness training, use password managers, utilise multi-factor authentication, invest in proactive threat detection and look for customisable security solutions."

More in this category: « Google offers feature on Android to check for compromised passwords Linux Foundation, Google to fund two devs for kernel security work »
Share News tips for the iTWire Journalists? Your tip will be anonymous