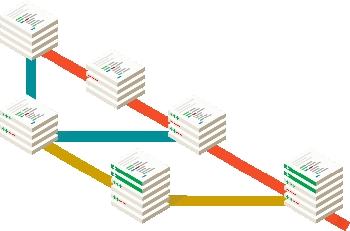 Linux creator Linus Torvalds says two sets of patches have been posted for the distributed version control system git to mitigate against SHA-1 attacks which are based on the method that Dutch and Google engineers detailed last week.

The post by Torvalds detailing this came after reports emerged of the version control system used by the WebKit browser engine repository becoming corrupted after the two proof-of-concept PDF files that were released by the Dutch and Google researchers were uploaded to the repository.

WebKit uses the Apache SVN to keep track of code submissions and uses SHA-1 to track files and avoid duplication, as do many other projects.

When the Dutch and Google teams detailed the method they had used to crack SHA-1, they also provided two PDFs as proof; they had different content but the same hash.

As iTWire reported, Torvalds had earlier posted to the git mailing list, pointing out some of the reasons why git was more secure against such an attack.

In a more detailed explanation, he said there was a big difference between using a cryptographic hash for security signing and using one for generating a content-identifier for a content-addressable system like git.

"In git, the hash is used for de-duplication and error detection, and the 'cryptographic' nature is mainly because a cryptographic hash is really good at those things," he wrote.

"I say 'mainly', because yes, in git we also end up using the SHA-1 when we use 'real' cryptography for signing the resulting trees, so the hash does end up being part of a certain chain of trust. So we do take advantage of some of the actual security features of a good cryptographic hash, and so breaking SHA-1 does have real downsides for us."

Git was developed by Torvalds in 2005 when the free version of BitKeeper, a proprietary source code management system that Torvalds was using, was withdrawn by its owner Larry McVoy.

The use of git has grown over the years and the company GitHub alone hosts more than 50 million repositories.

Torvalds said given the nature of the SHA-1 attack that had been outlined, it was easy to mitigate against and, towards this end, two sets of patches had already been posted. They are yet to be merged.

He also pointed out that there was "a reasonably straightforward transition to some other hash that won't break the world - or even old git repositories".

Torvalds went into more detail on these points in his post and said anyone who wanted even more detail should subscribe to the git mailing lists.

More in this category: « Google releases details of another Windows bug More SHA-1 attacks likely after script, website come online »
Share News tips for the iTWire Journalists? Your tip will be anonymous