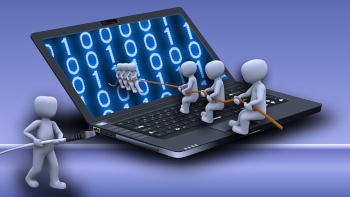 Two veterans of Australia's technology and Internet industries have set up a company known as Icon Cyber that will attempt to gets its fingers into the growing cyber security market in the country.

Peter Kazacos, who founded the Kaz Group that was sold to Telstra for $333 million, and Peter Coroneos, a former chief of the Internet Industry Association, said in a statement that the new firm would focus on education, especially of board members and executive leaders, as a priority.

For starters, Icon Cyber is launching @STAKE, an immersive simulation of a cyber attack, part of a portfolio to be developed which is called Decision Rehearsal.

It aims to give those who are not, or have never been, at the coalface an idea of what it is to deal with a real-life cyber incident and all its inherent issues.

Coroneos will lead the new company. Said Kazacos: "Like many, I was impressed by Peter (Coroneos)’s innovative approach to cyber policy, demonstrated during his almost 15 years leading the IIA, by initiatives such as icode, later adopted in the US at the behest of the White House.

“As a highly respected Internet industry figure, and a key player in shaping the current Internet as we know it here, Peter’s deep insights into the causes of cyber risk behaviour as well as his strong leadership credentials were key factors in his recruitment.

"This tells us that awareness raising alone is not sufficient to mitigate human-caused risks. Early in my tenure at the IIA, I became convinced that sustained and measurable behavioural change was the necessary goal.

"Yet we’ve seen so little application of this in practice, suggesting that people are applying the same ineffective solutions and expecting that something will change. The approach is what has to change.”

Added Kazacos: “We both find it unsettling that those least able to sustain financial loss are, because of their naivety and the ever-increasing sophistication of scammers, most susceptible to it. We are committed to applying our approach to protecting those most in need."

More in this category: « Why aren't you encrypting your data? Melbourne Heart Group hit by Windows ransomware »
Share News tips for the iTWire Journalists? Your tip will be anonymous