Symantec: Moving ahead, by returning to its roots Featured 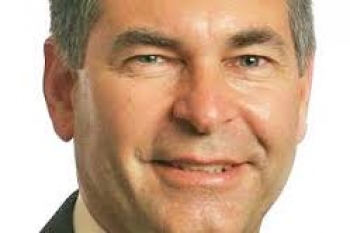 Symantec is seeking to dedicate the next 18 months to regaining its ‘fighting weight’ and becoming the new leader in enterprise security.

Michael Brown, Symantec president and CEO was in Sydney today to announce the reinvention program has begun with an injection of new blood in the management team, a new strategy, a new wave of products, and more mergers and acquisitions (M&A).

Brown said, “Symantec has been in business for 30 years and there’s a lot changing now.

“We have a relatively new management team with myself and Sanjay Rohatgi, senior vice president sales, Asia Pacific and Japan having just 2 years tenure, while Ian McAdam, managing director Pacific is only a couple of months into his job.

“And we’re refocussing completely on security, where the company was a decade ago, with our separation from information management (storage) company, Veritas.

“Selling Veritas brings us a lot of financial flexibility,” Brown said. “We’ll be able to use that to return capital to shareholders.

"We’ve already announced an aggressive dividend and share repurchase program, and it will also allow us to look at M&A opportunities.

Symantec sold its information management business, Veritas, to an investor group led by the Carlyle Group for $8bn in cash last month.

The M&A program began earlier this year with the purchase of Narus in January, and the more recent purchase of Blackfin Security Group three months ago.

At the time it was reported that the purchase will develop the talent necessary to fill the cyber security gap, as well as enable security preparedness organization-wide.

Brown believes that one thing that differentiates Symantec from other security companies is its operation of the largest source of data or threat intelligence (largest civilian intelligence network) in the world.

“We’ve invested more in security analytics and understanding the threat landscape than anyone else in the civilian world,” Brown said.

He admits, “There are probably a few governments who have invested as much, but not many companies, which makes us an attractive partner.

He said, “The more we know about threats, and the more we can see what the criminals are doing, the better we can protect our customers.”

“We’ve moved well beyond the timeframe of where folks were looking for fame by installing a worm. Cyber criminals are now well funded groups motivated often by greed although sometimes there is state sponsorship with porous boundaries between the state sponsor and what people are doing as part of criminal organisations.”

He added this is more true in Russia and Eastern Europe. There are more than 400 attacks every minute.

He said people have never spent so much on security and felt less protected because the attacks are now more sophisticated and pervasive.

This is because with the Internet of Things, consumers and organisations are now a bigger target and it’s an easier environment for attackers to exploit and difficult to protect against.

“We need to continually innovate if we wish to protect customers going forward, so we are aggressively shifting our R&D away from legacy investments to where the new opportunities are—advanced threat protection, protection in a cloud and offering security as a service.

Just last week Symantec’s innovation efforts were recognised by Reuters, when it was listed as one of 100 global innovators—only one of three software companies that made the list for the fifth year in a row.

More in this category: « Wynyard’s $3.2M cyber solution Telstra deal Advance persistent threats to be more so in 2016 »
Share News tips for the iTWire Journalists? Your tip will be anonymous