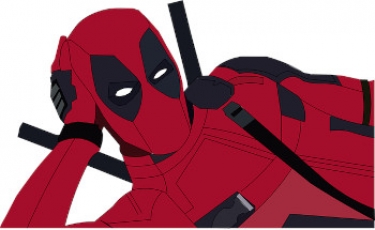 Image by Ankit Upadhyay from Pixabay

Global security vendor Sophos claims to have discovered a new strain of Windows ransomware which is the final executable payload in a manual attack where every other stage is delivered through a PowerShell script. One of the entry points was an on-premise Microsoft Exchange Server installation.

In a detailed blog post, Sophos principal researcher Andrew Brandt said the new strain, named Epsilon Red, was written in the Go programming language and had been observed in operation against an American hospitality business recently. The name Epsilon Red comes from the X-Men series, and is a relatively obscure adversary of some of the X-Men in the Marvel extended universe.

A ransom of about 4.29 bitcoin was paid by at least one attacked entity, Brandt wrote, adding that this was based on tracking the bitcoin wallet which was listed by the attackers for payment.

"It appears that an enterprise Microsoft Exchange server was the initial point of entry by the attackers into the enterprise network," he wrote.

"It isn’t clear whether this was enabled by the ProxyLogon exploit or another vulnerability, but it seems likely that the root cause was an unpatched server. 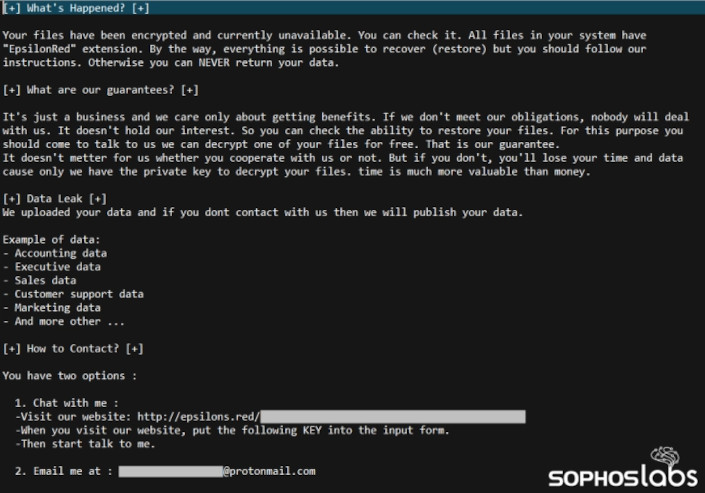 "From that machine, the attackers used WMI to install other software onto machines inside the network that they could reach from the Exchange server."

The PowerShell scripts were numbered from 1 to 12 and the final executable was named Red.exe.

"But where the REvil note is typically riddled with spelling and grammatical errors, the note delivered by Epsilon Red has gone through a few edits to make its text more readable to an audience of native English speakers."

Mackenzie, manager of the Sophos Rapid Response team, said: "Epsilon Red is an intriguing new ransomware. The actual ransomware file itself is very pared down, probably because it has offloaded other tasks, such as deleting back-ups, to the PowerShell scripts.

"It is really only used for file encryption and it doesn't precision-target assets: if it decides to encrypt a folder, it will encrypt everything inside that folder. Unfortunately, this can mean other executables and dynamic link libraries are also encrypted, which can disable key running programs or the entire system. As a result the attacked machine will need to be completely rebuilt.

"Sophos' analysis of the attackers' behaviour suggest they may lack confidence in the reliability of their tools or the potential success of their attack, so they implement alternative options and back-up plans in case things fail.

"For instance, early on in the attack sequence the operators download and install a copy of Remote Utilities and the Tor Browser, possibly to ensure an alternate foothold if the initial access point gets locked down.

"In other cases we see the operators issue redundant commands that use a slightly different method to accomplish the same goal, such as deleting processes and backups. The best way to prevent ransomware such as Epsilon Red from taking hold is to ensure servers are fully patched and that your security solution can detect and block any suspicious behaviour and attempted file encryption."