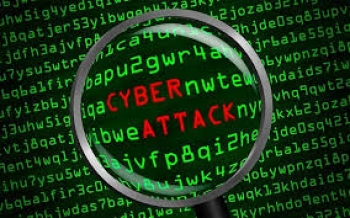 The US Congress is reconsidering two failed cyber security bills in the wake of the hack on Sony Entertainment and the Military’s social media accounts.

The Cyber Intelligence Sharing and Protection Act (CISPA), which was passed by the House of Representatives but rejected by the Senate before November’s mid-term elections, is back on the table.

As is often the case in the US, the bill has supporters and opponents from both major parties. The bill has been re-introduced by Democrat Representative Charles ‘Dutch’ Ruppersberger, the man mostly responsible for the US Government’s continued ban on Chinese supplier Huawei.

Under the bill the US Attorney General, Secretary of Defense, Secretary of Homeland Security,  Director of National Intelligence, a would create a ‘cyber threat information sharing program’, essentially creating a new cyber defence agency with sweeping powers,

It also charges those some departments with ensuring the execution of the program would not infringe on civil liberties, but with exceptions that would make such oversight meaningless.

Opponents of the bill, an unlikely coalition of left wing civil libertarians and right wing libertarians (we are seeing the same thing in Australia regarding our proposed data retention laws) have been able to thwart it in the past, but things may be different this time.

The environment in the US has changed, as it has in much of the world, following increased fears about terrorism. In the US the hack attacks on Sony, which many believe come from North Korea in response to the satiric movie ‘The Interview” have contributed to a heightened sense of cyber vulnerability. This week’s attacked on the US Military’s CENTCOM YouTube and Twitter accounts have also not helped.

More in this category: « F5 brings cloud DDoS mitigation to Asia Pacific Risky time for risk insurers as fraud threats increase »
Share News tips for the iTWire Journalists? Your tip will be anonymous