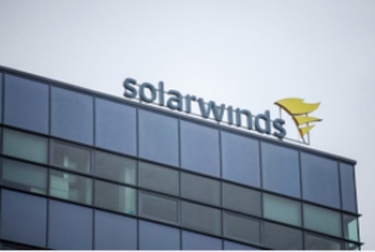 Investors in SolarWinds have sued the directors of the company, claiming they were aware of the risks that the firm's software posed but failed to act to prevent devastating attacks that came to light last year.

The suit was filed on 4 November in the Delaware Chancery Court, by the Construction Industry Labourers Pension Fund, the Central Labourers' Pension Fund, and two individual investors.

The attacks came to light in December 2020 when American cyber security firm FireEye announced that it had identified a global campaign to compromise public and private sector bodies through corruption of software supply chains.

FireEye is now known as Mandiant, taking on the name of a company that it acquired some years ago after selling its network, email and cloud security products, as well as the FireEye name, in June this year.

SolarWinds' Orion network management software was named as the culprit by FireEye.

The suit says: "As of 31 December 2019, the company had over 320,000 customers in 190 countries, including 499 of the Fortune 500, major US technology companies such as Intel and Microsoft, all of the top 10 US telecommunications companies, all of the top five US accounting firms, and hundreds of hospitals and universities."

Named as defendants are both former and present directors, with the plaintiffs seeking both damages and changes to the way the company protects its software from such occurrences.

The suit cites numerous instances where private and public bodies warned about the danger of such attacks, including warnings that were specifically aimed at companies like SolarWinds.

The plaintiffs have sought a declaration that the defendants breached their fiduciary duty to SolarWinds and their costs in taking the action.

Update, 10 November: A SolarWinds spokesperson said in an unsolicited comment sent to iTWire: ""We do not comment on pending litigation, but this action is similar to a purported derivative lawsuit filed earlier this year.

"More importantly, we continue to focus on deepening our relationships with customers and openly discussing our Secure by Design initiatives as we look to set the standard for secure software development."

Thanks to Computing for a link to the text of the lawsuit.