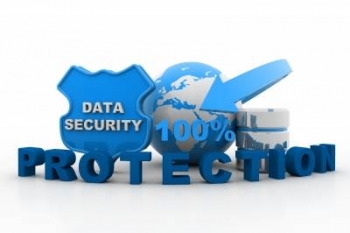 Small businesses are particularly vulnerable to breaches of IT security, according to a newly published survey which finds that security of data and IT systems is a growing concern for business leaders across Australia.

Despite facing the same online risks as larger corporates, research by recruitment agency Robert Half the shows that small and medium businesses typically use fewer data protection tools than large companies.

In addition, it’s revealed that large companies (52%) are more than twice as likely to have network security systems in place as small companies (24%) and medium-sized companies (18%).

“This is leaving these companies vulnerably exposed to breaches of IT security,” says David Jones, Senior Managing Director of Robert Half Asia Pacific.

Across all Australian companies, CFOs and finance directors rank IT security as their number one business concern this year – and, only finance leaders of small businesses bucked this trend, with 34% citing the economy as their main issue for 2016.

Of the CFOs and finance directors surveyed, 218% say IT security is their primary primary business concern in 2016.

The survey also found that small businesses use fewer data protection tools/services than medium and large companies, while 3% of Australian CIOs/CTOs do not use any tools/services when it comes to protecting their customers’ personal information.

“IT security is critical to the success of every business around the world. A breach of data security can be extremely damaging for a business both in terms of financial and reputational fallout. It is therefore critical for all companies - regardless of size - to take a protective approach to IT security,” says Jones.

“Companies are increasingly investing in software and infrastructure designed to protect IT systems. Not surprisingly, IT security specialists with the niche skills needed to help companies recognise and protect themselves against key data security risks are in high demand.”

According to the survey, companies are using a variety of tools and services to protect corporate and customer information, with security software (50%) and password management systems (44%) the tools most commonly employed by Australian companies.

“These disparities in the take up of IT security measures are a concern for the business community In recent years larger companies have increasingly invested in cyber security measures, and this has encouraged cyber attackers to cast their gaze at more vulnerable entities,” Jones says.

“This further highlights the need for small and medium businesses, which have become an increasingly attractive target for hackers, to invest in the necessary IT security tools and specialised IT talent.”

Issues business leaders are most concerned about in 2016:

Source: independent survey commissioned by Robert Half among 160 Australian CFOs and finance directors

More in this category: « On-line security and privacy in a post-Snowden world Telstra strengthens internal security with Darktrace »
Share News tips for the iTWire Journalists? Your tip will be anonymous