Slingshot malware, found by Kaspersky, is US creation: claim Featured 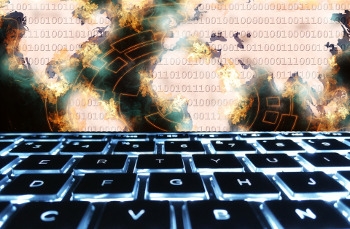 Russian security firm Kaspersky Lab is claimed to have uncovered another operation by a US military outfit when it revealed at its annual security analyst summit the details of malware that had been used to gain access to Windows systems through routers.

Dubbed Slingshot, the discovery was announced on 9 March, in a public release by the company, one of three announcements made at the summit in Cancun. The malware was said to have been in use since at least 2012; it was not attributed to any country but only described as an advanced persistent threat.

According to the report, Slingshot was used by US military and intelligence personnel to collect information about terrorists.

Kaspersky has a case going against the US Government at the moment, fighting what it says are unfair claims that its software poses a security threat to the US due to its being a Russian company. In this context, the Cyberscoop report comes at a convenient time for the US Government.

In keeping with many of the stories which concern Kaspersky that have been published over the last 18 months, the Cyberscoop story was based on anonymous sources. The company's software was banned from use in the US public sector last year.

According to the Kaspersky report released at the summit, about 100 victims of Slingshot and its related modules had been found in Kenya, Yemen, Afghanistan, Libya, Congo, Jordan, Turkey, Iraq, Sudan, Somalia and Tanzania.

If the claims made in the Cyberscoop article are correct, this would mark yet another instance of Kaspersky Lab exposing nation state attackers. In 2014, the company's researchers exposed an attack by Britain's GCHQ on a Belgian telecommunications provider.

Kaspersky has also detailed how the Stuxnet operation was carried out to cripple Iran's nuclear programme. Stuxnet was discovered by Sergey Ulasen in 2010; he joined Kaspersky Lab a year later. The virus was infiltrated into Iran's nuclear labs through an USB drive as the lab was not connected to any external network.

In 2014, Israeli Government hackers breached the Kaspersky network; after the company found out in 2015, it wrote a detailed analysis of the incident.

The Cyberscoop report quoted senior Kaspersky researcher Kurt Baumgartner as saying: "It is one of the most technically sophisticated groups we’ve ever seen. Most of the code is entirely unique, meaning that no one has ever seen it before … the only overlap we’ve seen, and I think there are people already discussing it, is there’s some limited similarities maybe to Equation Grayfish and White Lambert.”

Grayfish is malware associated with the Equation Group and White Lambert refers to the CIA.

The routers which were attacked by Slingshot were made by the Latvian company Microtik; among some documents released by WikiLeaks as part of its Vault 7 document dump are indications that the CIA was interested in breaking into this brand of routers, which are used widely in the Middle East and Southeast Asia, since 2015.

Update: Contacted for comment, Kaspersky Lab said: "Kaspersky Lab does not know the identity of the attackers behind the Slingshot APT or the identity of its victims. As a result of anonymised data, it's impossible for us to tell who the specific targets are. All the company can state is that our users are protected against malicious software that can spy, steal or sabotage data from their computers.

"Kaspersky Lab has always been very clear about our policy concerning the detection of malware: we detect and remediate all forms of malicious programs, regardless of origin or purpose. Furthermore, the company does not 'whitelist' any malware samples, not even malware used for so called 'legal surveillance'. One can easily imagine the situation in which such malware falls into the wrong hands and can be used to launch attacks against law enforcement or just regular users."

More in this category: « New biometric system to boost accuracy of border identity checking Telegram loses bid to safeguard encryption keys in Russia »
Share News tips for the iTWire Journalists? Your tip will be anonymous