Tap & go transactions to 'take off', biometric security for mobile on the up: Deloitte Featured 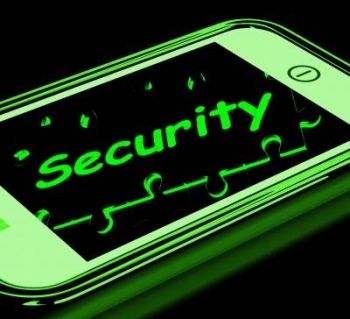 Smartphone enabled tap and go usage for transactions will take off in Australia over time, according to a senior partner from professional services firm Deloitte which has just released its study on the latest trends in the Australian mobile consumer market, including the growing shift to biometric smartphone security.

Deloitte Australia partner and leader in the firm’s strategy & operations practice, Jeremy Drumm, told iTWire on Wednesday that it’s just a matter of time before usage of smartphone tap and go  increases in Australia and consumers overcome concerns about security.

“We are all now so accustomed to waving our card to make a payment so I can’t see why consumers wouldn’t transition to simply using their smartphone instead, which is to some extent easier than pulling out your credit card from the wallet,” Drumm says.

“It will come down to consumer confidence in security, the seamlessness of the transaction and whether or not the various providers could consider additional benefits or reward point schemes.”

And, Drumm says he sees two main areas of benefit from the combination of biometrics and smartphones, including a “secure and simpler way to authenticate a user” and that it facilitates a “much more seamless payment or transaction process”.

According to Drumm, the application of biometrics and smartphones will increasingly have a “rather profound impact across a number of areas including in healthcare to identify patients and access records”, or in retail for “time and attendance verification and workforce management”.

On a personal note, Drumm says he is “just happy to not have to remember the multitude of passwords and continuously get locked out for having failed three times in a row!”.

The first is the dominance of Apple and Samsung devices in the Australian market, both of which feature the fingerprint reader strongly and user awareness is high (81% for Apple and 49% for Samsung users).

And, secondly, “the simple convenience of biometrics” – “using your fingerprint is a much simpler and convenient way to authenticate yourself versus remembering and then tapping in the specific password you might have used for that specific online account,” Drumm says.

According to the newly released survey, 35% of Australian mobile consumers responded that they have a fingerprint scanner on their smartphone, which is higher that the global average of 28%.

“We are slightly behind, however, in terms of uptake of the fingerprint reader for authentication purposes, with 66% of us having used biometrics compared with the 71% global average,” Drumm says.

“Norway is the standout, with 41% having a scanner and 73% uptake.  Other APAC countries are similar to that of Australia in terms of uptake.”

On the newly released survey, Stuart Johnston, partner and leader of Deloitte Australia's technology, media and telecommunications (TMT) group, says that biometrics use is moving “front and centre stage in driving trends in mobile consumer retail behaviour” – with one in three smartphones having a fingerprint scanner on their smartphone, and of these almost 70% use this capability regularly.

”Australians make an estimated 100 million imprints a day using smartphone fingerprint scanners, showing that we are becoming more comfortable with our fingerprint being used for authentication,” Johnston says.

“Biometrics and smartphone adoption may provide us with an alternative to having to remember, or even write down, the multitude of passwords required by our growing online accounts, which can be relatively insecure.

“By 2020, Deloitte forecasts that users may have as many as 200 online accounts, each requiring secure controls over access. Biometrics and our smartphone can provide a simple, convenient and quick single tap solution to this challenge.”

According to Johnston, given the increasing acceptance of biometrics, the range of applications in which fingerprint readers are used is expected to grow.

“Initially we have seen fingerprints being used as a faster alternative to a numeric password to unlock phones, but this has now extended to unlock applications, and authorise payments for online content from an app store.”

Deloitte Mobile Consumer Survey 2016 report finds that Australian smartphone ownership has climbed again to 84% of Australians, ahead of the global average (81%) and up from 79% last year.

And, Australians aged 18 to 24 year have the highest level of ownership with 94% having access to at least one smartphone.

“As consumers and business have become more accepting of biometrics, they are being used for higher-value in-store and app payment verification, and the fingerprint can now be used to authorise a transaction as high as the user’s credit card limit,” Johnston says.

Johston says that over the next few years Deloitte expects usage of fingerprint readers to increase markedly as they are incorporated into mid-range smartphone models and “users become more comfortable with the authentication process”.

“We also expect the smartphone’s fingerprint reader to be used in conjunction with websites accessed by consumers’ computers to authorise payments.”

But, according to Johnston, the fingerprint is still “fallible”.

“However, for all its evident merits, the fingerprint reader is not infallible. It is possible – albeit increasingly difficult – to make copies of a fingerprint. However, the latest fingerprint readers can more readily differentiate between a real finger and a copy of one.

“Another potential problem is that in humid or wet conditions, water on the surface of the finger may inhibit the sensor, increasing the likelihood of false negatives.”

At the time the Deloitte survey was taken, only 9% of Australians used their mobile for payments, either through Near Field Communication (NFC), or purchasing through apps and browsers.

Deloitte says the primary reasons Australians are not yet engaging mobile payment are perceived lack of security and lack of benefits, “but both of these perceived barriers have come down over the last year”, with lack of security reducing from 44% in 2015 to 36% in 2016 and lack of benefits from 41% in 2015 to 35% in 2016.
On “apps vs browsers”, Deloitte notes that over the last eight years, app stores have generated tens of billions of dollars in revenues via download sales and in-app payments, with the most successful apps downloaded over a billion times.

“What might appear to be a straight forward business decision for companies wanting to jump in to the m-commerce market is not so easy,” Deloitte observes.
The survey reveals that, although apps are the preferred channel for most smartphone related “entertainment”, the browser is preferred for much of online shopping , with 71% preferring to use their smartphone browser versus an app.

“Apps tend to be preferred and viewed as most successful for tasks that take advantage of the capabilities embedded in the smartphone, like location services and GPS,” Johnston says.

“Among Australian smartphone owners, over two thirds (71%) use an app to check the weather, rather than a browser. Checking the weather is a simple task that can be achieved with a single swipe – with background feeds running and your location services personalising results.

“The browser remains our go-to source to search, browse and purchase most items, although an app may be suitable when confirming regular purchases, such as the weekly grocery order. Australians are three times more likely to make their mobile purchase for non-standard items in a browser (50%) over an app (15%).”

More in this category: « 'We want your permission to be a new McAfee' Time to act on IoT security before it is too late »
Share News tips for the iTWire Journalists? Your tip will be anonymous