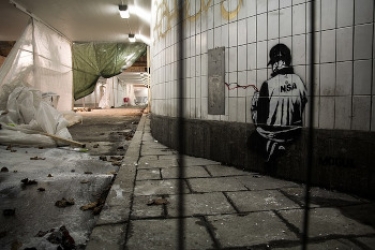 Image by Beppe Karlsson from Pixabay

A second case of NSA exploits being customised and used for attacks, before they were leaked on the Web by a group known as the Shadow Brokers in 2017, has come to light, this time following research by the Israel-based cyber security firm Check Point Research.

Researchers Eyal Itkin and Itay Cohen said in a detailed technical blog post that their research indicated the exploits — which they attributed to the Equation Group, a term coined by security outfit Kaspersky in 2015 as an alias for the NSA — had reached the hands of an alleged Chinese group which then repurposed them to attack American targets.

The first instance of this happening was reported by Symantec in May 2019, with its research showing that a group, which it named Buckeye, had been in possession of, and utilising, the NSA exploits in question.

Symantec said one possibility for the leak it found, was that Buckeye "may have engineered its own version of the tools from artefacts found in captured network traffic, possibly from observing an Equation Group attack".

Itkin and Cohen listed their main findings as under: 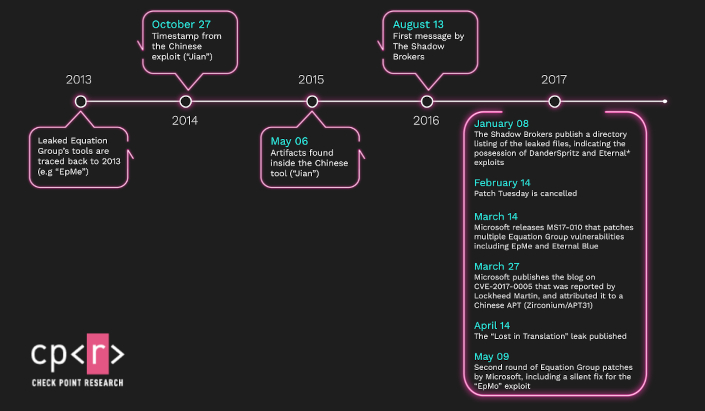 The Brokers announced they were in possession of hacking tools in 2016 and sought interested parties to negotiate a sale. When nobody engaged with them, they dumped the exploits on the Web in 2017.

One of these exploits, known as EternalBlue, was used to craft the Windows ransomware known as WannaCry which wreaked havoc in many countries in May the same year.

The identity of the Brokers has never been revealed, with the NSA telling iTWire as recently as September last year that it had no information to offer as to who was behind the group.

More in this category: « Mac malware for new and old machines found, payload a mystery Swiss researchers find way to trick credit cards into not needing PINs »
Share News tips for the iTWire Journalists? Your tip will be anonymous