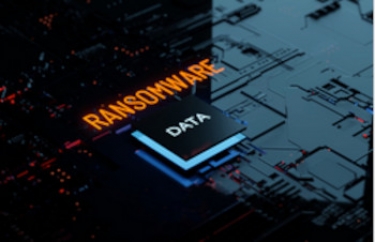 A security firm that is deeply involved in the business of combating ransomware has called for a government ban on the payment of ransoms by companies that fall prey to this form of Windows malware, adding that there was no other practical solution to the problem.

The call, by New Zealand-headquartered Emsisoft. came in the wake of the death of a German woman as the direct result of a ransomware attack on a hospital in Duesseldorf last week. Last year, Emsisoft chief technology officer Fabian Wosar had said, somewhat prophetically: “The fact that there were no confirmed ransomware-related deaths in 2019 is simply due to good luck, and that luck may not continue into 2020. Governments and the health and education sectors must do better. ”

In a blog post, the company said it had already pointed out at the end of 2019 that the ransomware situation had reached crisis point.

But things had gone well beyond that, with more attacks on healthcare outfits, and an increasing number of ransomware gangs exfiltrating data before encrypting files from a victim's system, meaning that a dual threat was posed.

"Data is now stolen in about 1 in 4 attacks, resulting in very sensitive information falling into the hands of cyber criminals and subsequently being posted online," the company said.

The company said its conservative estimates were that more than US$25 billion would be paid out in ransom this year, with the global economic toll as high as US$170 billion.

The effects of ransomware attacks were many and varied:

Likening security to a game of whack-a-mole, the firm said it was inevitable that not every mole would be whacked. "Nor will law enforcement agencies be able to reduce the number of attacks by improving the prosecution rate for cyber crime from its current level of between 0.05% and 0.3%. They may certainly be able to catch and prosecute more cyber criminals, but probably not to the extent that would be necessary in order to put a real dent in the numbers any time soon," it added.

Emsisoft ransomware threat researcher Brett Callow told iTWire: "To use an analogy, a group of military tanks is firing a constant barrage of shells (ransomware) at public and private sector organisations the world-over. The current strategy is to tell those organisations that they need to build shell-proof walls, along with some handy hints from governments as to how it can be done.

"This strategy is doomed to fail for multiple reasons. Not all organisations will have the budget or expertise to build and maintain a good wall; the company they hire to build it may not do a great job, some of the bricks may contain cracks or other vulnerabilities; new wall-piercing shells may be developed;, a malicious insider may detonate a shell within the wall, etc., etc.

"Put simply, it's unrealistic to believe that every organisation will achieve a good enough level of security to prevent these attacks. And while that continues to be the case, the attacks will continue.

"A far better strategy would be to remove incentive for the tanks to fire shells at all and, in the case of ransomware, that means cutting off the flow of cash. It's the only solution."