SAP vulnerabilities being weaponised in less than 72 hours Featured 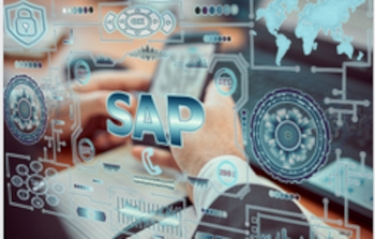 This was important as 92% of the Forbes Global 2000 had standardised on SAP to power their operations. "With more than 400,000 organisations using SAP, 77% of the world’s transactional revenue touches an SAP system," the report said.

"These organisations include the vast majority of pharmaceutical, critical infrastructure and utility companies, food distributors, defence and many more. An orchestrated and successful attack on unprotected SAP systems could have far-reaching consequences."

The report claimed there was conclusive evidence that cyber attackers were actively targeting and exploiting unsecured SAP applications, through varied techniques, tools and procedures and there were clear indications of sophisticated knowledge of mission-critical applications.

It said the window for defenders was significantly smaller than previously thought, with examples of SAP vulnerabilities being weaponised in less than 72 hours since the release of patches, and new unprotected SAP applications provisioned in cloud (IaaS) environments being discovered and compromised in less than three hours.

Successful exploitation of a vulnerable SAP system would allow an attacker to perform several malicious activities, including:

"These threats may also have regulatory compliance implications for organisations that have not properly secured their SAP applications processing regulated data."

The data captured was claimed to represent clear evidence of malicious activity across different threat actors and levels of operational capability:

"By leveraging known unpatched vulnerabilities, attackers can disrupt critical processes, steal financial or otherwise sensitive data, or deploy malicious code which can lead to a major impact on affected organisations.

"Over the last year, we have continued to see reports from US Government agencies warning of the threat of unpatched software and known vulnerabilities being targeted by threat actors.

"Despite patches being available for months and even years, attackers are still finding and exploiting unpatched SAP systems. This serves as a reminder to administrators of sensitive data and applications that applying patches, mitigations, or workarounds are paramount to thwarting malicious actors looking to exploit well known vulnerabilities."

More in this category: « US president's son Hunter admits controversial laptop could be his Mobile devices biggest security threat, but not prioritised »
Share News tips for the iTWire Journalists? Your tip will be anonymous