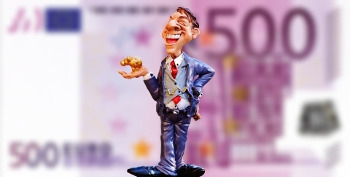 Two researchers who started a fund-raiser on Patreon to buy the next set of exploits offered by the Shadow Brokers have shut it down after advice from legal experts that they could fall afoul of the US justice system by going ahead with the purchase.

The fund-raiser was launched by Matthew Hickey (@HackerFantastic) who works for My Hacker House in the UK, and a researcher known as @X0rz.

The Shadow Brokers, which has been suspected of having Russian links, said on Tuesday that it would be releasing exploits through subscriptions this month, and asked for 100 Zcash (about $30,000 at Wednesday's exchange rates) for what it planned to release.

When the two researchers launched their effort, they wrote that "by paying the Shadow Brokers the cash they asked for we hope to pool resources and avert any future WannaCry type incidents".

In a statement, Hickey said when he approached his lawyers to tell them what he and @X0rz had done, he was taken aback by the reaction.

"If you ever want to hear a lawyer shout expletives at volume down a phone you need to call him and tell him that you have created the first open source crowd-funded cyber arms acquisition effort," he wrote.

Whatever happened to NSA warez crowd funding idea? Statement on why we pulled the plug on the opensource crowdfunded #ShadowBrokers purchase pic.twitter.com/5DRbu1KUdA

"It transpires that should funds change hands from ours to the Shadow Brokers, we would be certainly risking some form of legal complications. It was just too risky and the advice was under no circumstances to proceed further with this."

Hickey said that further, friends and colleagues in law enforcement had also warned against proceeding with the fund-raiser. "We were told by other that Shadow Brokers are linked to the FSB (Russia's top spy agency) and we would be falling afoul of the US justice system."

@X0rz also issued a statement, saying "What we tried with @hackerfantastic was a bet we could somehow get early access to help vendors and open-source software fix the bugs before any public release, that means making the 0days a little less toxic that it could have been if released (from 0day to 1day, still powerful but less efficient).

I'm retracting from the crowdfunding of the #ShadowBrokers dump.
My statement here https://t.co/Zzo5N7ypKl pic.twitter.com/Gz6f4wrPSm

"I guess now we should only spectate what will happen next, like we did before. It's unfortunate but that's the way it ought to be, we just can't play at this game between (*cough* allegedly) powerful countries."

He said that the money that had been donated would be given back to those who could prove they had donated and the balance would be given to the Electronic Frontier Foundation.