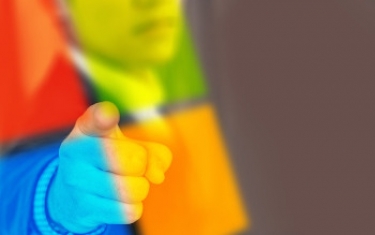 Reports are emerging that a new zero-day exists in Microsoft Exchange and that it is being exploited in the wild, a well-known security researcher has warned.

Kevin Beaumont said in a series of tweets that he could confirm significant numbers of Exchange servers had been backdoored, including a honeypot. UPDATE

He added that while Microsoft appeared to be aware of the new vulnerability, the company had not yet informed its customers.

Beaumont pointed to a post by a Vietnamese source named GTSC Cyber Security Company that said details of the vulnerability, noticed in August, had been sent to the Zero-Day Initiative which had verified and acknowledged two bugs.

"However up to now, GTSC has seen other customers also experiencing the similar problem," the report said. "After careful testing, we confirmed that those systems were being attacked using this 0-day vulnerability.

"To help the community temporarily stop the attack before an official patch from Microsoft is available, we publish this article aiming to those organisations who are using Microsoft Exchange email system."

iTWire has contacted Microsoft for its take on the issue.

I just did a sampling from Shodan, and lots of orgs haven't patched for ProxyShell. The exploits for that were pretty much terrible, so if somebody made a good one, they will have a nice time. pic.twitter.com/dFm0qM7QXy

The new vulnerability appears to resemble the ProxyShell flaw for which Microsoft issued updates in May and July last year.

"Also checking other logs, we saw that the attacker can execute commands on the attacked system. The version number of these Exchange servers showed that the latest update had already installed, so an exploitation using Proxyshell vulnerability was impossible -> Blueteam analysts can confirm that it was a new 0-day RCE vulnerability.

"This information was sent to Redteam, and GTSC's Redteam members conducted research to answer these questions: Why were the exploit requests similar to those of ProxyShell bug? How is the RCE implemented?

"GTSC Redteam successfully figured out how to use the above path to access a component in the Exchange backend and perform RCE. However at this time, we would like NOT to release technical details of the vulnerability yet."

One extra - Trend Micro, who own ZDI, have a knowledge base article up, with detection signatures (for their products) for both ProxyShell and specifically this ZDI vuln reference number.
https://t.co/U42n4VeI7p pic.twitter.com/6uLS5RCSXw

Beaumont added that it was not unusual for a significant number of Exchange servers to be backdoored, since the patching process was such a mess, with people ending up on old Content Updates and not patching ProxyShell properly.

"I guess there may be an additional vuln in there, but from the blog it looks like they're reaching it via ProxyShell, an old vuln (that MS didn't push IIS rewrite module for)," he wrote.

"I guess it may be a new _exploit_ rather than vulnerabilities, time will tell.

"The public ProxyShell exploits are terrible – e.g. they hardcode knowing server names, email mailboxes etc - you can in fact exploit without those details."

Contacted for comment, Satnam Narang, senior staff research engineer with security firm Tenable, told iTWire that at this point, Microsoft had not yet confirmed the vulnerability.

“There is an unconfirmed report that a zero-day vulnerability in Microsoft Exchange Server has been exploited in the wild since early August," Narang said. The report comes from researchers at GTSC Cybersecurity Technology Company Limited, who say they have reported their findings to Microsoft via the Zero Day Initiative (ZDI).

“It is clear that determined attackers are continuing to find success targeting vulnerable Exchange Server instances using ProxyLogon and ProxyShell despite the availability of patches for well over a year now.

"In fact, in its recent joint advisory with various security agencies around the world regarding Iranian IRGC-affiliated attacks, the Australian Cyber Security Centre (ACSC) noted that attackers have leveraged ProxyShell to gain access to Australian organisations.

"If it is confirmed to be a valid zero-day and Microsoft does issue patches, we strongly encourage all Australian organisations to ensure they apply the latest set of patches to prevent future exploitation of new flaws within Exchange Server.”