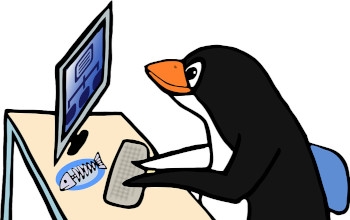 A Linux developer who works for the biggest open source vendor Red Hat has questioned why security holes in older Linux kernels — those that are listed as having long-term support — are being quietly patched by senior kernel maintainer Greg Kroah-Hartman, who is more or less deputy to Linux creator Linus Torvalds, without issuing the standard CVE advisories.

Last week, Wade Mealing raised questions with Kroah-Hartman about a specific patch that fixed a flaw that could lead to a denial of service.

iTWire learnt of the issue due to a tweet from Grsecurity, a company that creates a patch for hardening the kernel. The company's founder, Brad Spengler, has sparred with Torvalds on occasion, with the latter once describing the Grsecurity patch as "pure garbage".

Grsecurity sued prominent open source advocate Bruce Perens last year over statements that the Grsecurity patch violates the GNU General Public Licence version 2, the licence under which the Linux kernel is distributed. In June, Perens was awarded his solicitors' fees and costs by a San Francisco magistrate, but Spengler and his group have appealed the verdict to the US Ninth Circuit Court of Appeals. They had sought US$3 million in damages in the original lawsuit.

When Kroah-Hartman asked Mealing why he had raised the query, the Red Hat developer responded: "This flaw does crash the system, its easy for the user to do so, and it did crash our build-servers during testing."

Every time a CVE is requested for a Linux kernel vuln silently fixed in an LTS tree, Greg KH comes to oss-sec to complain/bully ('Are we seriously now going to be assigning cves to everything that
syzbot finds?') @wademealing puts him in his place: https://t.co/JlfddU7TA9

Kroah-Hartman asked, sarcastically, whether CVEs should be assigned to every bug found by Syzbot, a Google tool that continuously fuzzes the mainline Linux kernel and its branches with automatic bug reporting.

Mealing was not impressed, saying that it would be much easier for him if, when patches were applied, a developer would obtain a CVE number and post it to the relevant security lists.

Mealing, in response, pointed out that Red Hat shipped an alternative kernel for some architectures based on the 4.14 mainstream kernel. "These older releases though, is something that some users do care about. I think it is worse if I silently ignore a local DoS," he said.

"Upstream maintainers may have no obligation or interest in doing the legwork for requesting and classifying this but it is my job."

Kroah-Hartman has some form in being reluctant to create documentation; iTWire asked him repeatedly for a report on a 2011 breach of the Linux project servers, but he kept promising one and never delivered.

Even after a man was indicted for the breach in 2016, Kroah-Hartman would only say, "The process is not complete yet, so sorry, I do not have any comment at this point in time," when asked for a comment about the arrest.