Ransomware incidents in US much higher than number reported: claim Featured 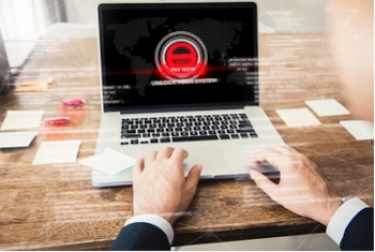 The FBI has ranked ransomware outside the top six online threats to Americans in terms of cost in a 2021 report, but a ransomware researcher claims this is misleading as most ransomware attacks are not reported.

Brett Callow, who works for the New Zealand-headquartered firm Emsisoft, said losses due to ransomware were given as US$49.2 million (A$65.7 million) and this was insignificant in the face of the losses due to romance scams which amounted to more than US$950 million.

Ransomware is a form of malware that attacks computers running Microsoft's Windows operating system in the main. Files on the system are often stolen before being encrypted, following which a ransom is demanded.

Callow supported his claim that the ransomware attacks were likely to be much more by quoting from the FBI's 2016 report.

In that report, the agency said: "Millions of people in the United States are victims of Internet crimes each year. Detection is the cornerstone of determining the larger Internet crime picture. However, only an estimated 15% of the nation's fraud victims report their crimes to law enforcement."

The fact the bad guys don't want companies to report ransomware attacks is a clear indication that they should. Kudos to @KaseyaCorp. 1/2https://t.co/KcR7tacb7M

In a tweet, Callow said: "We (Emsisoft) estimate that US organisations paid more than US$920 million in ransom demands in 2021, with downtime, legal expenses, etc. further increasing the costs."

And he told ITWire: "The FBI has previously stated that only about 15% of cyber crimes are reported. Given the potential for class actions and reputational harm, ransomware may be even more under-reported.

"This is unfortunate, as involving law enforcement is one of the best things ransomware victims can do. In fact, law enforcement may even be able to help victims recover their data without needing to pay the ransom."

The FBI's report was based on statistics from the Internet Crime Complaint Centre and said: "The top three cyber crimes reported by victims in 2021 were phishing scams, non-payment/non-delivery scams, and personal data breach.