Ransomware contractor paints a different picture of the genre Featured 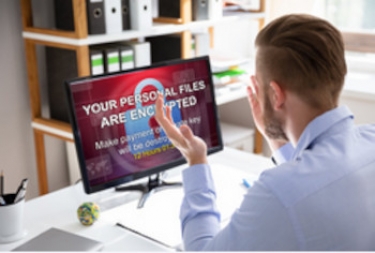 A threat actor, who claims to have worked for the REvil ransomware group among others, has cast doubt on the common tendency to associate individuals from a particular country who do such work as acting for the governments of the same countries.

The man, who was interviewed by the Russian website Lenta[.]ru, said when one was acting as a contractor for a ransomware gang, one often did not know who was specifying the tasks to be carried.

"But the practice of the US authorities to appoint culprits amuses many [inside my circle]," he said. "There are Chinese groups that for years have been labelled in all media as connected with the authorities of the country, who allegedly work out of the Chinese version of Lubyanka [headquarters of the FSB].

"But inside the community, everyone guesses that these are simple guys scattered all over the world who even have difficulty communicating among themselves, let alone the government."

He hastened to add that "nothing could be ruled out. But personally, I have no feeling that the Russian special services are planning any attacks".

The interview was translated into English by the security firm Flashpoint.

Most of the questions revolved around REvil, which is also known as Sodinokibi, a group that disappeared from the internet soon after the gang hit about 60 managed service providers on 2 July using a zero-day flaw in the Kaseya VSA remote management software. Kaseya is a solutions developer for MSPs.

There has been speculation that the dark web operations of REvil had disappeared due to a technical issue. But the return of the site early in September indicates the operators were merely lying low.

The man interviewed by Lenta[.]ru appeared to be unaware of the fact that REvil has surfaced again, saying that the user called Unknown, the official spokesperson of the group, disappeared during the Western summer and there was no trace of him.

"There is a version that the Americans managed to find out his identity, after which this information was passed to the Russian security forces. It is possible," he said.

"But sometimes a banana is just a banana. A person could have fallen ill with coronavirus, gotten into a traffic accident, or simply left the business."

And he said leaving the business was as simple as shutting down one's laptop and walking away. "This is not the mafia. Plus you’re anonymous. When you want to leave the business, you simply press the shutdown button on your laptop," were his way of putting it.

Asked about the profitability of cyber crime and what circumstances would lead to someone quitting it, the man said the job consumed a lot of time.

"Let’s put it this way: this is a very time-consuming job. And if you’ve earned enough, then you can quit the game. Chronic fatigue, burnout, deadlines — all these words from the life of ordinary office workers are also relevant for malware developers.

"There are two factors at play. On the one hand, you are afraid all the time. You wake up in fear, you go to bed in fear, you hide behind a mask and a hood in a store, you even hide from your wife or girlfriend.

"I’m younger than you, but I’ve already earned for the rest of my life. Not millions, but enough to live in peace and never work. Here is also a second factor: how to quit a job that brings such earnings in a country where you are not much sought after?"

Referring to an earlier interview given by a member of LockBit gang, the interviewer asked the man whether he had difficulty sleeping.

"Yes, you don’t sleep well," the man responded. "I’ve been sleeping four to five hours consistently for years. The problem here is more that you have a family during the day and all work is at night, plus you have to take different time zones into consideration."

He said the main consideration when choosing targets was whether they were rich enough to pay a ransom. "First, they are attacked because they are rich and have a lot of money. It’s hard for me to imagine an ideologically motivated attack," the man said.

"Second, cyber crime is an international phenomenon and the communities themselves are international. This year I worked with code snippets commissioned by the community, with whom I corresponded in Russian. The code itself contained comments in French."

More in this category: « Researchers reveal details of actor targeting S-E Asian countries Most malware delivered via encrypted connections: report »
Share News tips for the iTWire Journalists? Your tip will be anonymous