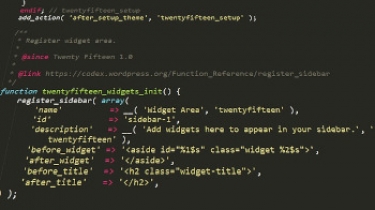 The PHP project has been forced to move its operations from its own git server to the Microsoft-owned software code repository GitHub after two malicious commits were discovered in the php-srx repository in the name of founder Rasmus Lerdorf and developer Nikita Popov.

In a post to the project's php.doc and php.internals groups, Popov said the process whereby this happened was not known as yet.

"We don't yet know how exactly this happened, but everything points towards a compromise of the git.php.net server (rather than a compromise of an individual git account)," he wrote.

The PHP project has always had source code on GitHub, but until now the repository served as a mirror. That will change from now on, according to Popov.

Cheers to the troll who put "Zerodium" in today's PHP git compromised commits. Obviously, we have nothing to do with this.

Likely, the researcher(s) who found this bug/exploit tried to sell it to many entities but none wanted to buy this crap, so they burned it for fun ?

Torvalds had to ditch a proprietary code management system known as BitKeeper when its owner, Larry McVoy, took umbrage at the fact that well-known Australian free software developer Andrew Tridgell reverse-engineered the protocols used in BitKeeper and released the code for his own program, SourcePuller.

In retaliation, McVoy pulled the free version of BitKeeper which had been available until then which was being used by a number of Linux kernel developers. Which, in turn, led to Torvalds creating how own solution, git.

Popov wrote: "While investigation is still underway, we have decided that maintaining our own git infrastructure is an unnecessary security risk, and that we will discontinue the git.php.net server.

"Instead, the repositories on GitHub, which were previously only mirrors, will become canonical. This means that changes should be pushed directly to GitHub rather than to git.php.net.

"While previously write access to repositories was handled through our home-grown karma system, you will now need to be part of the php organisation on GitHub.

"This change also means that it is now possible to merge pull requests directly from the GitHub Web interface."

"We're reviewing the repositories for any corruption beyond the two referenced commits."

More in this category: « Nine says Russia or North Korea suspected of being behind network attack Windows MedusaLocker ransomware likely used in Nine attack for profit »
Share News tips for the iTWire Journalists? Your tip will be anonymous