NSW residents most impacted by scams in July, as lockdown impacts Featured 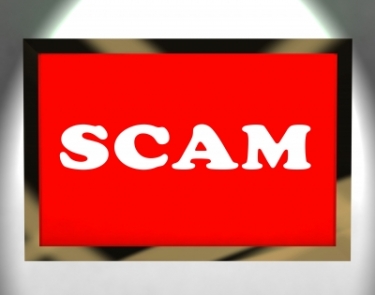 New South Wales residents were the most financially impacted by scams in July, accounting for 37% of the total amount lost in the month.

Cybersecurity agency Proofpoint says that according to the latest figures from the Australian Competition & Consumer Commission’s (ACCC) Scamwatch reporrt as the Delta variant of COVID-19 hit NSW the hardest, state residents were most affected by scams relating to jobs and employment, accounting for 76% of all money lost in the state, as well as investment scams which saw NSW residents lose more than $5.7 million.

Proofpoint notes that other key findings include:

The figures revealing that New South Wales residents were the most financially impacted by scams in July represents an increase of 13% from June, while the amount lost by Victorians decreased by 37%.

And the number of reports from NSW residents also jumped by 24% from the previous month.

Proofpoint says that the increase in the amount lost and number of scams reported by those in NSW is likely attributed to ongoing COVID-19 lockdowns, with difficult financial circumstances making these Australians more susceptible to certain types of scams.

NSW residents were most affected by scams relating to jobs and employment, accounting for 76% of all money lost in the state, as well as investment scams which saw NSW residents lose more than $5.7 million.

Proofpoint says that despite reporting a similar number of scams, men lost more money in July than women across the country, with men accounting for 60% of all money lost compared to 39% for women.

Men lost a significant amount to investment scams, losing $10.1 million compared to just $3.2 million for women, while women accounted for 71% of money lost to threats to life or arrest at $1.3 million, compared to just over half a million dollars for men.

Consistent with previous months, Proofpoint says that investment scams continued to be the most financially damaging type of scam, costing Australians $13.4 million with more than 700 reports in July 2021.

This was followed by dating and romance scams, which amounted to $4.8 million and false billing scams, which increased by 74% from June 2021 to $2.3 million.

Online shopping scams also increased by nearly 20% and had one of the highest rates of financial losses, with almost 40% of scams reported resulting in a financial loss. Psychic and clairvoyant scams also surged by more than 2000%.

“Threats relating to life or arrest represented the second highest number of scams at 3,945 an increase of 33% on the previous month. Identity theft scams also increased by 23% with July recording the highest number of reports this year for this type of scam. Reports of ransomware and malware scams also jumped by 66% in July,” Proofpoint notes.

The Internet was the third most profitable delivery channel in particular for online shopping scams, while Australians lost $4.1 million to email scams, an increase of 37% from June and the highest number of email scams reported in almost a year.

Classified scams, false billing and overpayment scams were among the scam types delivered via email with the highest volume of money lost.

Proofpoint ANZ area vice-president Crispin Kerr, said: “Scammers continue to be very active with their tactics, adapting to the latest trends and the latest data from the ACCC’s Scamwatch demonstrates how costly this is for Australians.

“At the current rate, Australia is well on track to surpass the record amount lost to scammers in 2020, and we are only just over halfway through the year.

Although in July we saw a slightly lower amount of money lost than in June, it still represents an increase of more than 120% compared to the same time last year and is still significant at more than $27 million. July also saw a 11% increase in the number of scams reported to the ACCC with more than 26,700 reports, the highest number of scams in ten months.

“Scammers can be very calculated and targeted in their approach and we are seeing the effects of this take place with Australians in New South Wales, the most financially impacted by scams over the last month.

“Scammers are evidently capitalising on the ongoing lockdown forced by the spread of the Delta variant of COVID-19, which has left many in difficult financial situations. Scammers are tapping into feelings of anxiety and uncertainty to successfully steal money from hard working Australians and sadly, this kind of social engineering is proving to be very effective.”

According to Kerr, the latest figures from the ACCC show it is not only older Australians who are susceptible to scams, but also younger Australians too.

“Australians aged 18 to 35 were the hardest hit financially by job and employment scams, accounting for 80% of the total money lost. In addition, threats to life and identity theft scams also had a significant financial impact on Australians aged under 35,” Kerr observes.

“We urge Australians of all ages to take extra care and to be on the lookout for scams. Traditional methods like phone calls are continuing to provide dividends as the most profitable delivery method, but scammers are using a variety of other methods like social networking and the Internet to target Australians.

“A few simple things to remember would be to never click through links or open attachments form unknown senders, never share personal information such as bank accounts or credit card details with someone you don’t know and only communicate with an organisation through its official channels.

“Knowing these simple tips can help keep yourself safe and passing on this knowledge to your family and friends can help protect them too. It’s always better to be safe than sorry, so if something doesn’t feel or sound right there is a good chance it is a scam. Always err on the side of caution and exercise common sense,” Kerr concludes.

More in this category: « Gigabyte hit by ransomware attack and threat to release 112GB of data Beware of the single vendor security threat »
Share News tips for the iTWire Journalists? Your tip will be anonymous