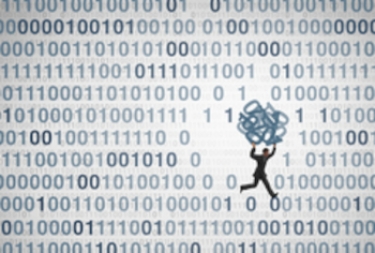 ASX-listed Nitro Software, a firm that had its origins in Melbourne and offers a service to create, edit and sign PDFs and digital documents, has issued an update on Wednesday to its earlier statement regarding a data breach, in what appears to be an attempt to negate the details published about the incident by the American website Bleeping Computer and a number of other websites.

While Nitro described the breach as "an isolated security incident" in its first public statement to the ASX on 21 October, Bleeping Computer headlined its story "Massive Nitro data breach impacts Microsoft, Google, Apple, more", based on information it had received from the cyber security firm Cyble.

Nitro founder and chief executive Sam Chandler said in Wednesday's statement: "Several media articles published in the past 24 hours contain a number of factual inaccuracies regarding this incident.

"The relevant database does not contain copies of user or customer documents. Documents are stored in a separate database in a different location.

"There is currently no established evidence that this separate database has been compromised. We are providing updates on the incident on our security page."

Parts of Wednesday's update from Nitro repeat some of the statements made in its first update, issued on Tuesday and sent to iTWire.

"Usage of Nitro's free document conversion services does not require users to create an account or become a Nitro customer," it said. "Users are required to provide an email address — converted files are delivered to the email address provided — and common email domains are frequently entered and will show up in these logs.

"There is currently no established evidence that any sensitive or financial data relating to customers has been compromised. There is no impact to Nitro Pro or Nitro Analytics."

Bleeping Computer's Lawrence Abrams, who wrote the report, contested the accuracy of the Nitro statement, saying that though the company had claimed "the email domains in these logs do not constitute Nitro 'customers' or 'accounts", what he had seen was different.

"Unfortunately, this does not appear accurate as the user database seen by Bleeping Computer does contained a bcrypt hashed password column," Abrams wrote.

The Nitro spokesperson added: "Nitro's environment was fully secured immediately after the incident was identified. While the incident database does not contain sensitive or financial information, and passwords are highly encrypted, we are communicating with customers and have implemented a password reset as a precautionary measure."

Cyble issued a statement to iTWire about the incident on Tuesday, saying that the Nitro breach was one of the worst it had seen in the last few years.

"The cyber criminals were not only able to access sensitive account details on millions of users, but also the information related to shared documents as well," a spokesperson said.

Bleeping Computer said it had been told by Cyble that a threat actor was selling the user and document databases, as well as 1TB of documents that was claimed to have been stolen from Nitro Software's cloud service, in a private auction with a starting price of US$80,000 (A$112.237).

Judging from what Abrams has reported, it looks like he was given access to the database for he says he "was able to determine the stolen user database's authenticity by confirming known email addresses of Nitro accounts that were present in the database".

Cyble did not respond to a request made by iTWire late on Tuesday for further information about the breach.

A number of other smaller tech sites like TechRadar, The Daily Swig and Silicon Angle have reported the incident, all based on Bleeping Computer's account.

More in this category: « Using company devices for personal matters for remote working poses security risks, says email security vendor With US poll six days away, ASPI warns of attacks on foreign elections »
Share News tips for the iTWire Journalists? Your tip will be anonymous