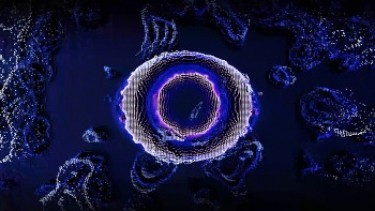 Image by Oleg Gamulinskiy from Pixabay

Nine Entertainment, a major media company in Australia which owns free-to air TV stations and newspapers, says it was hit by a network attack that has interfered with its operations on Sunday.

The company told its employees in a note that the attack had disrupted live broadcasts out of Nine Sydney.

Even the NRL Sunday Footy Show copped an injury this weekend https://t.co/lN7OzSML17

All employees were advised to work from home as IT teams tackled the issue and worked through it.

The company said anyone working from the office would experience disruptions in the IT network.

The Australian Financial Review, one of the newspapers in Nine's stable, reported earlier that the company's North Sydney headquarters had been affected.

As a result, Channel Nine was being broadcast from its Melbourne headquarters, it said.

Nine broadcasts the weekly rugby league matches staged by the NRL and that is expected to go ahead. But it was unable to broadcast its weekly NRL Sunday Footy Show, the AFRsaid.

Something catastrophic must have occurred at Channel 9 Sydney for the Today Show, Sports Sunday and the NRL Footy Show to be canned today.

Twitter users voiced their frustration over the show not being aired, unaware of the reason behind its absence.

The program Weekend Today, which begins at 7am and runs until 1pm on Sundays. could not go to air either.

@PhilGould15 @Channel9 Where is the NRL Sunday footy show? Thought starts 11am in NSW???

"At this stage we are working through the impacts across the network and will provide an update as we resolve the systems.

"[The] NRL, 6pm News Bulletins and our evening schedule will proceed as normal."

The AFR said publishing at the company was also affected and staff had been advised not to turn on computers or restart those that were running.

Network access was not available in the Sydney headquarters and some of the software used for publishing was also offline.

To all NRL fans @NRLonNine apologises that due to technical difficulties we can’t broadcast the Sunday Footy Show - but here’s something special for you instead - 2 hours of 8 blokes talking everything AFL. Thank us later.

The company also owns The Age and the Sydney Morning Herald, which it acquired when it bought the parent company of those two newspapers, Fairfax Media, in 2018.

Fairfax experienced a network attack in 2017, when a 32-year-old man from Seattle tried to get articles about himself removed from various news sites, including those belonging to Fairfax Media, by launching a distributed denial of service on the company, and some other firms in Canada and the US.

The man, Kamyar Jahanrakhshan, tried to get articles removed from the Sydney Morning Herald, a site for legal articles known as Leagle.com, Metronews.ca, a Canadian news website, CBC in Canada and Canada.ca.