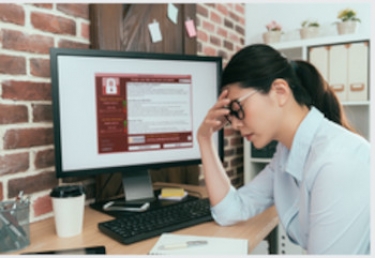 Security researchers have found that ransomware gangs are keeping in step with IT industry trends, with a new Windows ransomware strain, RegretLocker, able to encrypt data on virtual disks.

The security firm Malwarebytes said in a research brief that RegretLocker used a clever trick to get around the long time that was needed when encrypting a machine's virtual disks.

The malware was able to close any files open by a user and encrypt those files too.

Malwarebytes researcher David Ruiz cited Chloé Messdaghi, vice-president of strategy at Point3 Security, as describing RegretLocker as malware that had “broken through the speed-of-execution barrier for encryption [of] virtual files".

“[RegretLocker] actually seizes the virtual disk and is much faster in execution than previous ransomware attacking virtual files," she was quoted as saying.

Ruiz said that despite the sophistication of RegretLocker, it was quite ordinary in its appearance.

It did not provide a long ransom note and asked victims to contact the attackers through an email address.

The short note that victims received, titled “HOW TO RESTORE FILES.TXT”, contained the following text: “Hello, friend. All your files were encrypted. If you want to restore them, please email us : petro @ ctemplar.com.

Ruiz said RegretLocker treated virtual disks differently from other strains which avoided these media because they were often very big and take a long time.

"Once the virtual disk has been mounted, RegretLocker encrypts the disk’s files individually, which speeds up the overall process."

Malwarebytes researchers had analysed a RegretLocker sample and found that it could function offline and also online.

"According to IT Pro Portal, the same API is utilised by other ransomware types, including Sodinokibi, Ryuk, Conti, Medusa Locker, ThunderX, SamSam, and LockerGoga. Files encrypted with RegretLocker use the .mouse extension."