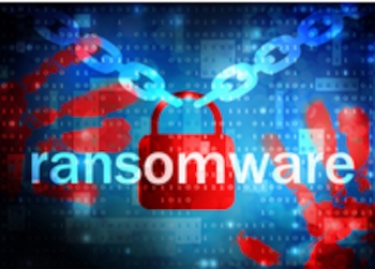 A new ransomware-as-a-service family, which has been christened LokiLocker, has been identified by Blackberry Threat Intelligence. As usual, it only affects Windows systems.

The company's Research and Intelligence team said in a blog post that LokiLocker did the usual ransomware things like encryption and stealing information. But it also wiped data from its victims' systems.

"However, like its namesake god Loki, this threat seems to have a few subtle tricks up its sleeve - not least being a potential 'false flag' tactic that points the finger at Iranian threat actors," the post said.

"In Norse mythology, Loki was the consummate trickster who had the ability to shapeshift at will. One of the many hot-headed fire gods, Loki was an enemy to the other gods themselves, often entering their banquets uninvited and demanding their food and drink. LokiLocker is similarly insistent on acquiring that to which it has no legitimate claim."

Though calling it new, the post claimed LokiLocker had first been spotted in mid-August 2021 and appeared to target mostly English-speaking victims and Windows PCs.

Don't call Loki Locker ransomware as new @BlackBerry, when even you write you saw it past August already...
Also, Loki Locker isn't a completely new ransomware family, I would suggest you to look into "Ziggy Ransomware"... And if you do so, you will find more "Iran relation" too. pic.twitter.com/tOxalIDv4l

."Like the god it is named after, LokiLocker enters the victim’s life uninvited and starts looking for property to purloin. The threat then encrypts their files, and demands they pay a monetary ransom to restore access," the Blackberry team wrote.

"The malware is written in .NET and protected with NETGuard (modified ConfuserEX) using an additional virtualisation plugin called KoiVM. KoiVM used to be a licensed commercial protector for .NET applications, but around 2018 its code was open-sourced (or possibly leaked), and it’s now publicly available on GitHub. Although Koi seems to be popular with hacking tools and cracks, we haven’t seen a lot of other malware using it to date."

"Typically, when ransomware has included a data wiping component, the ransomware is merely a ruse and the intention from the onset is to wipe data from the systems all along," he said.

"With LokiLocker, it seems the data wiping component is now another new form of extortion if a victim refuses to pay. At the end of the day, ransomware groups want to get paid, the data-wiping tactic is just another option for these groups as a means to an end.

"The concern right now is whether or not the data wiping extortion tactic will be widely adopted by other ransomware groups just like the Maze group's double extortion tactic."

Narang said the ransomware ecosystem had grown over the years to become its own booming enterprise.

"Historically, holding files hostage has been enough to convince organisations to pay, but a few years ago, the Maze ransomware group pioneered a tactic of stealing sensitive data from victims and threatening to publish those files online. This tactic has been called double extortion and it has become widely adopted by most ransomware-as-a-service offerings today.

"Ransomware groups have begun experimenting with additional extortion techniques over the last few years, including performing distributed denial of service attacks against victims and even cold calling a victim's customers threatening to leak their data as well in hopes of convincing them to put pressure on the initial victims to pay the ransom demand."

More in this category: « War fallout: software sabotaged to wipe files from some PCs OpenSSL issues fixes for yet another serious vulnerability »
Share News tips for the iTWire Journalists? Your tip will be anonymous