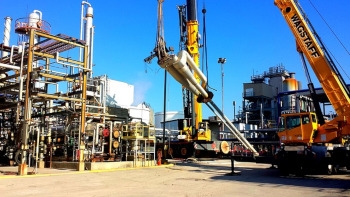 A hitherto unknown group that has been dubbed Tortoiseshell is using both customised and common Windows malware to target IT providers in Saudi Arabia, the American security firm Symantec claims, adding that these attacks appear to be focused on the supply chain and ultimately aimed at the providers' customers.

The company said in a blog post that the group had been active at least since July 2018 and that it had identified 11 organisations which had come under attack.

In two of the affected organisations, Symantec said there were indications that the attackers had gained domain admin-level access.

The custom tool used was malware known as Backdoor.Syskit, a backdoor that had been developed using Delphi and .NET. Apart from this, common attack tools like two versions of Infostealer and get-logon-history.ps1 were also used by Tortoiseshell, Symantec claimed.

"The initial infection vector used by Tortoiseshell to get onto infected machines has not been confirmed, but it is possible that, in one instance, a Web server was compromised to gain access by the attacker," the Symantec post said.

"For at least one victim, the first indication of malware on their network was a Web shell. This indicates that the attackers likely compromised a Web server, and then used this to deploy malware onto the network."

The post said IT providers were a profitable source when it came to attacks, as they often had high-level access to clients' computers. This meant that the networks of the clients were open to infiltration without having to be compromised.

In June, Symantec claimed that a well-known attack group known as Turla, Snake or Waterbug appeared to have hijacked and used the infrastructure of APT34.

And in March, Symantec posted details about a group it called Elfin or APT33 which it said had been attacking organisations in the US and Saudi Arabia.

More in this category: « Sites hit by card-skimming being re-used for malicious activity AustCyber’s Canberra Cyber Security Innovation Node launched »
Share News tips for the iTWire Journalists? Your tip will be anonymous