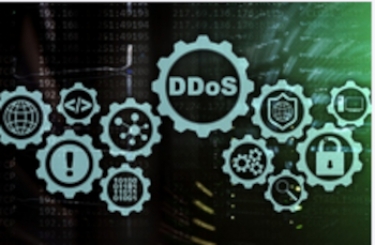 The discovery of a way to spoof an IP address over TCP and a method to send requests to closed ports in a communications service network could both be potential vectors for a spate of DDoS attacks in future, the cyber security firm Kaspersky says.

Researchers at the Universities of Maryland and Colorado Boulder were credited with the TCP development, while the second was credited to security firm NexusGuard and named Black Storm.

The TCP attack targets devices between a client and a server: firewalls, load balancers, network address translators, and deep packet inspection tools, many of which could interfere with a TCP connection.

The Kaspersky report covered DDoS attacks in the third quarter of 2021 and said a new botnet named Mēris had been found during the period.

Citing Yandex and Qrator Labs, Kaspersky's Alexander Gutnikov, Oleg Kupreev and Yaroslav Shmelev described it as being made up of high-performance network devices, mainly from Mikrotik.

Mēris used HTTP pipelining, allowing multiple requests to be sent to a server within a single connection without waiting for a response.

The Kaspersky report said during the quarter a number of big DDoS attacks had hit New Zealand, with some being via the Mēris botnet.

An unnamed customer of Vocus, the banks ANZ and Kiwibank, the mail service NZ Post and the weather service MetService were named as being among those affected.

VoIP providers in Britain, Canada and the US were among those hit by DDoS attackers, with the oldest cryptocurrency site, bitcoin.org also being attacked.

More in this category: « SolarWinds investors sue company over supply chain attacks Two men arrested over Windows ransomware in Romania: Europol »
Share News tips for the iTWire Journalists? Your tip will be anonymous