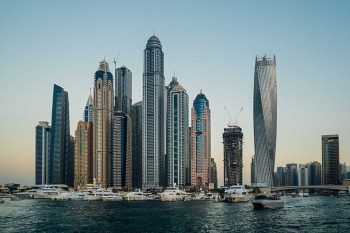 A campaign that targets government domains in Lebanon and the United Arab Emirates, as well as the private Lebanese airline, Middle East Airlines, has been uncovered by Cisco's Talos Intelligence Group, which claims that the attackers appear to have studied their intended victims' networks well enough to remain inconspicuous.

Researchers Warren Mercer and Paul Rascagneres said the campaign, which they had named DNSpionage, appeared to be a by a new group unconnected to any previous similar attacks.

Apart from the above attacks, the actors also used the same IP to redirect the DNS of legitimate .gov and private domains, carefully generating certificates for the domains that were redirected.

"During each DNS compromise, the actor carefully generated Let's Encrypt certificates for the redirected domains. These certificates provide X.509 certificates for TLS free of charge to the user. We don't know at this time if the DNS redirections were successful," Mercer and Rascagneres wrote.

The two malicious websites used were hr-wipro[.]com and hr-suncor[.]com which redirected to wipro.com and suncor.com.

"At this time, we don't know how the target received these links. The attackers most likely sent the malicious document via email as part of a spear-phishing campaign, but it also could have circulated via social media platforms, such as LinkedIn, in an attempt to legitimise the opportunity for a new job," the researchers said.

One of the Lebanese Government domains that was targeted was that belonging to the Ministry of Finance.

"We are highly confident that both of these campaigns came from the same actor," Mercer and Rascagneres noted.

"However, we do not know much about the location of the actors and their exact motivations. It is clear that this threat actor was able to redirect DNS from government-owned domains in two different countries over the course of two months, as well as a national Lebanese airline.

"They were able to work from the system's point of view by using a Windows malware, as well as the network, by using DNS exfiltration and redirection. It is unclear if these DNS redirection attacks were successful, but the attackers have kept up their efforts, launching five attacks so far this year, including one in the past two weeks."

The detailed analysis is here.