Netskope says shadow IT and security can co-exist 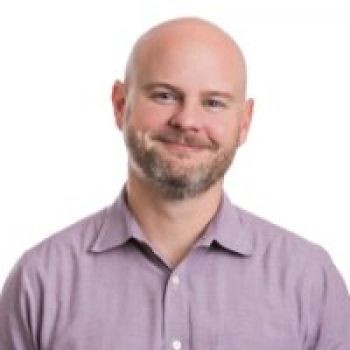 "The credit card is mightier than the firewall,"  says Netskope's Scott Hogrefe, referencing the ease in which conventional IT departments can be short-circuited, staff signing up for cloud-based services as and when needed.

While it is true that the rise of on-demand, elastic online services has greatly enabled business teams to collaborate like never before, the risk of data leakage has also greatly increased. While your business might enforce content compliance on outbound email, you may not be aware when sensitive documents are downloaded from Office 365 onto a private Dropbox. Or, are uploaded into a Slack channel.

Those products are business enablers, by all means, offering agility and freeing IT staff from traditional server and storage management to focus on business challenges.

However, by virtue of being Internet-based services, they mean your company data is exposed to the Internet and is outside your firewall and protections.

Hogrefe (seen right) is Netskope's vice-president, Marketing, and cites research indicating the typical enterprise has an astonishing 1,053 cloud apps in use, 10 times the number estimated or realised by IT departments. 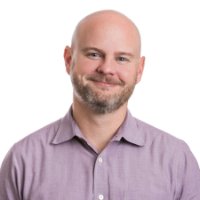 He says it is difficult in this modern era for someone to name a part of the business that hasn't been affected by the cloud. "People have these devices, they're used to working anywhere, they look at them 150 times a day. Apple sold 550 devices a minute." Hogrefe says, "They're the gateway into it. If I'm looking for the next greatest application, I can just find it and pull out my credit card and become a user."

Hence, controls of the past are not relevant today. "It's the world we live in today," he says. "It's what IT is confronted with. You cannot possibly vet all of these applications."

Here's where Netskope comes in, with the premise that shadow IT is a real thing and it's here to stay, but your users can have cloud services and you can have security and peace of mind. There need not be a conflict.

Traditional well-established security vendors are built on the premise there is a network perimeter around your environment. Yet, the cloud changes things. You have no perimeter when the Internet is as much a part of your network as the LAN itself.

Netskope provides its service through a combination of smarts, including relationships with vendors, providing historical information even preceding the engagement with Netskope, as well as proxying and brokering network data through its own patented context analysis engine. This engine recognises APIs as well as the intricacies of the modern Web with its rich possible suite of languages and libraries.

It provides detailed information to administrators on where and how documents and other items have exited and entered the business, as well as enabling IT departments to halt such cloud- and app-based services where policy controls are violated.

Netskope raised $USD100 million in funding in early June, putting the company at a total of $231.4 million raised, reflecting the interest and confidence the business inspires in its investors. "There is not an area of the enterprise that cloud has not disrupted," says Hogrefe, "and the investors understand this."

This followed closely with news of strong performance, almost tripling its revenue from 2015 to 2016.

Hogrefe also announced Netskope for Web would be released later this year, allowing people to have control of both the cloud and the web from one place.

"No longer am I looking at one place over here where I want to stop people going to these websites over here, and these cloud services from over here," he says.

Netskope for Web will instead allow enterprise administrators to manage such diverse accessibility within the one unified console.

Being a security-minded business, Netskope maintains a policy of not divulging customer information but says it works with many Fortune 100 companies. It is priced as a per-user monthly subscription.

Within Australia, Netskope is resold through channel partners Versent, Peak Insight and Secureware.

More in this category: « Apps allow novices to craft their own Android malware Malwarebytes releases versions for macOS, Android »
Share News tips for the iTWire Journalists? Your tip will be anonymous