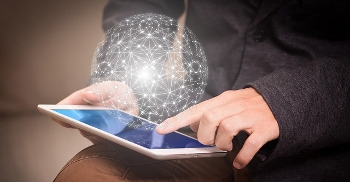 The latest data breach report from the Office of the Australian Information Commissioner indicates that organisations which do not use multi-factor authentication for customers, employees and sysadmins are not using a relatively simple method of minimising risk, an IT security industry professional claims.

Mark Perry, the chief technology officer for the APAC at Ping Identity, said he advocated the use of preventive technology right through a company's IT architecture.

From multi-factor authentication at the end user device, through to access management for applications and APIs to control access to services based on user context and policies, to the data tier with strong controls over who can access sensitive records and individual data elements, with data encrypted at rest and in back-ups," Perry said, commenting about the second-quarter data breach report released by the OAIC on Tuesday.

"Organisations should look to use behavioural analytics and machine-learning technology to detect and remediate fraudulent and suspicious transactions as they are occurring," he added.

LogRhythm's APAC sales director Simon Howe said the OAIC report highlighted the need to defend against an attack "by expanding the network activity they monitor so any new and unusual interactions that could signify a compromise can be picked up before they lead to a damaging breach".

"Technologies like user and entity behaviour analytics can be vital in building this capability," said Howe.

"By making effective plans and deploying endpoint detection tools, organisations can significantly reduce the likelihood they will face an attack. The threats are not going away, but the chances of them resulting in disruption and financial hardship can be greatly reduced.”

CQR co-founder and chief technology officer Phil Kernick said for some reason IT security messages were not ingrained in the minds of employees. "It remains to be seen if Australian businesses have actually worked out how much risk they are willing to stomach," he said.

"Indeed, the jury is out on just how aware the average medium-sized business is of the current risk landscape. For example, are Australian directors really aware of the implications that the growing use of cloud platforms have when it comes to an organisation’s risk?

WatchGuard Technologies ANZ regional director Mark Sinclair said there was still a perception among far too many companies that the biggest threat to an organisation was external.

"It’s almost always internal inadvertent causes that are related to an external target's attack, that pose the greatest problems," he said. "A user visits a compromised website and downloads a ‘codec’ to watch a video. A user opens a suspicious attachment. A user mistypes an email address and send the payroll data or credit card details to the wrong person.

"Without an ineffective and properly configured security solution in place these attacks will always take place. It really does lie with organisations to appoint security vendors who will work with them to help protect their business against threats, not only by providing security solutions but also by educating and improving knowledge and awareness of security by employees.”

Bitglass vice-president for sales in the APJ, David Shephard, was of the opinion that businesses must understand the value of their data, where it was stored, who had access to it and how it was being protected.

"In the case of data in the cloud, companies should be asking their providers about what security controls are natively available and then add to those where necessary," he said.

"The ubiquitous nature of cloud and mobile requires organisations to review their methods of authentication, manage who has access to what data, and strive for improved visibility into all apps and user activity.

"With endpoints becoming increasingly unmanaged and the network often being the public internet, we’re seeing a shift in focus towards the remaining control points – data and identity."

Dekko Security managing director Jacqui Nelson said the OAIC report was an indication that security was still not getting that attention that it should command inside organisations.

"Companies need to do a complete audit and review of the simplest communication channels inside their organisations and ensure they are doing everything they can to secure these channels," she said.

"It is not all about layers and layers of the latest technology; sometimes simplicity in design when looking for solutions such as secure file sharing, along with education and empowerment of staff in understanding and taking responsibility for the security of an organisation, is paramount.”

Zscaler's vice-president for the APJ, Scott Robertson, said the days of thinking "we’re not a target of cyber criminals because we only sell ‘x’’ are long gone. Criminals vary from the state-sponsored looking for targeted intel through to the opportunistic seeking to make a few dollars".

"At the same time, the Internet has become 'the' network and securing access to it, cloud apps and data must be the new strategic focus. Business leaders need to change the dialogue from 'Are we secure?' to 'Do we understand the risks of operating in this environment and have we mitigated those risks sufficiently?' It really is high time for IT leaders to prepare for a new era of keeping an organisation’s IT operations, network and business applications operating at peak performance.”

Aura Information Security's Australia country manager Michael Warnock said the report showed that organisations should start realising that it was not a matter of whether they would be breached, but rather a question of when.

"While planning is key, there’s also more work to be done on prevention," he said. "Rather than waiting for something to go wrong, organisations need to start placing an increased focus on ensuring that security is built in to everything they do from the very beginning.

"By considering security at the very beginning of an application design process, rather than just before ‘go-live’, and by carrying out regular penetration testing of both old and new applications, organisations can help built a better line of defence; and in turn make it harder for cyber criminals to use tried and true techniques to steal data."

He said one area that was neglected was education. "An organisation can have the very best process and technology in place, but if its employees don’t know what an attempt to steal data (phishing, invoice scams etc.) might look like, they could be leaving the door wide open for cyber criminals."

More in this category: « Only one data breach in second quarter hit more than 1m: OAIC Symantec opens doors on biggest, most modern security operations centre »
Share News tips for the iTWire Journalists? Your tip will be anonymous