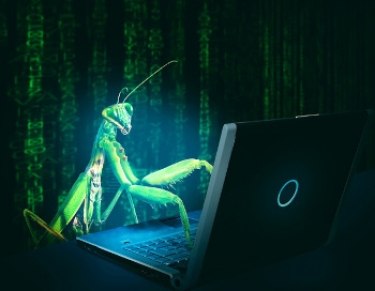 Seventy-one flaws have been patched in Microsoft's products, the company announced on Tuesday, the monthly Patch Tuesday.

One vulnerability — CVE-2021-40449 — for which a patch was issued was being exploited in the wild, the Russian security firm Kaspersky reported in a separate blog post. However, Microsoft marked this issue as Important, the second level on its scale. A total of four zero-days were patched, three of which had been made public earlier.

The NSA reported one of the vulnerabilities, CVE-2021-26427, but Microsoft said it was less likely to be exploited, despite being a remote code execution flaw in  Microsoft Exchange Server.

At NSA, vulnerability research is a key part of our cybersecurity mission. Hear Morgan Adamski talk about a vulnerability we discovered as part of our routine vulnerability analysis – and why you should apply Microsoft's patch! https://t.co/dEh2xBLsNZ pic.twitter.com/OfL48LjTW7

Kaspersky researchers Boris Lanin and Costin Raiu said they had detected multiple attacks making use of the elevation of privileges flaw on multiple Windows servers.

"The exploit had numerous debug strings from an older, publicly known exploit for vulnerability CVE-2016-3309, but closer analysis revealed that it was a zero-day," the pair said.

"We discovered that it was using a previously unknown vulnerability in the Win32k driver and exploitation relies heavily on a technique to leak the base addresses of kernel modules.

"We promptly reported these findings to Microsoft. The information disclosure portion of the exploit chain was identified as not bypassing a security boundary, and was therefore not fixed.

"Microsoft assigned CVE-2021-40449 to the use-after-free vulnerability in the Win32k kernel driver and it was patched on 12 October as a part of the October Patch Tuesday."

Ryan Naraine, a veteran security journalist, said in his report that thus far there had been 73 zero-day attacks in the wild. Most took advantage of vulnerable code in products sold by Microsoft, Apple and Google.

Raiu and Lanin said the exploit they had found for CVE-2021-40449 could attack the following Microsoft products:

"As with many other Win32k vulnerabilities, the root cause of this vulnerability lies in the ability to set user-mode callbacks and execute unexpected API functions during execution of those callbacks.

"The CVE-2021-40449 is triggered when the function ResetDC is executed a second time for the same handle during execution of its own callback."

Raiu and Lanin said they had analysed the malware payload used along with the zero-day exploit, and found that variants were detected in widespread espionage campaigns against IT companies, military/defence contractors, and diplomatic entities.

"We are calling this cluster of activity MysterySnail. Code similarity and re-use of C2 infrastructure we discovered allowed us to connect these attacks with the actor known as IronHusky and Chinese-speaking APT activity dating back to 2012," the pair said.

Satnam Narang, a regular commentator on vulnerabilities for iTWire, said a total of 74 CVEs had been patched.

"This month's Patch Tuesday release includes fixes for 74 CVEs, three of which are rated critical, including one vulnerability that was exploited in the wild as a zero-day," said Narang, a staff research engineer with security outfit Tenable.

"This month's release includes a fix for CVE-2021-36970, a spoofing vulnerability in Microsoft's Windows Print Spooler. The vulnerability was discovered by researchers XueFeng Li and Zhiniang Peng of Sangfor. They were also credited with the discovery of CVE-2021-1675, one of two vulnerabilities known as PrintNightmare.

"While no details have been shared publicly about the flaw, this is definitely one to watch for, as we saw a constant stream of Print Spooler-related vulnerabilities patched over the summer while ransomware groups began incorporating PrintNightmare into their affiliate playbook.

"We strongly encourage organisations to apply these patches as soon as possible. Microsoft also patched CVE-2021-40449, an elevation of privilege vulnerability in Win32k.

"According to reports, this flaw was exploited in the wild as a zero-day. It is not uncommon to see zero-day elevation of privilege flaws patched during Patch Tuesday.

"These flaws are most valuable in post-compromise scenarios once an attacker has gained access to a target system through other means, in order to execute code with elevated privileges."

More in this category: « Cyber insurance should not cover ransoms: Australian officials Govt to force businesses with $10m annual turnover to report ransomware attacks »
Share News tips for the iTWire Journalists? Your tip will be anonymous