Lunch with Eugene Kaspersky - master of the dark side 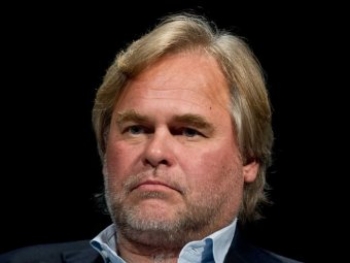 Eugene Kaspersky, CEO of the virus company named after him is always good for a controversial quote. “All systems are vulnerable to modern threats,” he said to 300 NSW business leaders and a lunch titled ‘Internet of Threats.’

I enjoyed hearing Eugene speak. His thick Russian accent, his directness, and his self-deprecating humour made the time fly and gave him a certain credibility – I am sure Kaspersky sales peaked after the lunch.

He covered a lot of ground so allow me to paraphrase and summarise – it’s a good read from an expert in the dark arts. 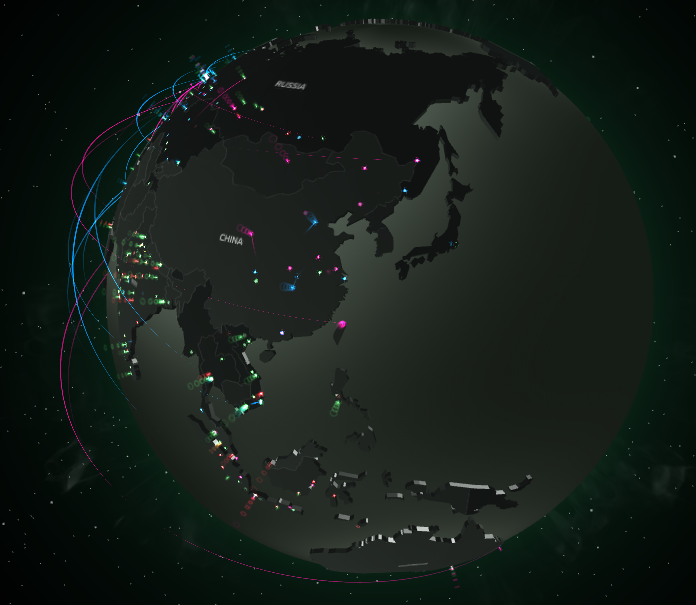 He said that Kaspersky (Russian: Лаборатория Касперского, Laboratoriya Kasperskogo) was not and would never be a free product (casting aspersions at free or freemium models). “How I make money and support hungry Russians if I give it away? How I support the world’s best (his claim) virus laboratory (live cyber threat map here) to give users fastest cures?” he said. I will not go on but he is obviously and justifiably proud of the company’s achievements.

So proud that he announced that it had just signed an agreement with the Australian Department of Prime Minister and Cabinet (2,500 employees) to protect its valuable secrets. He added that Australia was the 15th most attacked country – probably because “You don’t have internet – at least what I consider it is - and you are very far away from the rest of the world,” referring to the very poor speeds and aging copper ADSL infrastructure here.

Kaspersky has 400 million paid users allowing feeds to identify new viruses (including malware) and work out ways to prevent them. 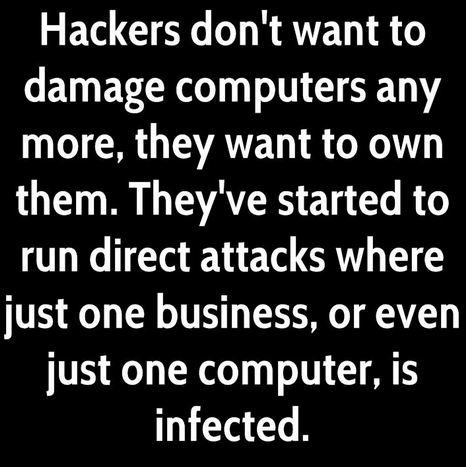 He said anti-virus today was not about traditional virus prevention but in hardening your data against cybercrime, espionage and sabotage. “All systems, especially the Internet of Things are vulnerable to modern threats. We analyse millions of attacks every day. About 300,000 of them are malware,” he said.

While Windows was still ‘up there’ in terms of number of virus and malware he said that about 5% of global PCs were infected. “Windows is a much better operating system than the rest (iOS, OS X and Android) and Microsoft is tightening it up much more in the next version,” he said.

He added that Mac (OS X) and iOS was a huge target. “Windows engineers are easy to find, Mac not so. That only makes iOS and OS X attacks more costly. Criminals are obsessed with iOS and there are many, many vulnerabilities,” he said.

“You know how to protect your computers and devices – disconnect them from the internet!” he said.

He stated that Mobile was the new attack vector with stats showing 97% of users did mobile banking or some other activity that revealed passwords. “I don’t own a smartphone,” he said referring to an old Sony Ericson cell phone (that he has several in reserve). So far the only attack has been via rooted iPhones or over the lightning cable. See iTWire's comprehensive report here.

To quote Kaspersky from an earlier iTWire article “The most dangerous scenario is with iPhones. It is less probable because it is very difficult to develop malware for iPhones, because the operating system is closed to outside programmers. But every system has a vulnerability. If it happens—in the worst-case scenario, if millions of the devices are infected—there is no antivirus, because antivirus companies do not have any rights to develop true end-point security for Apple. 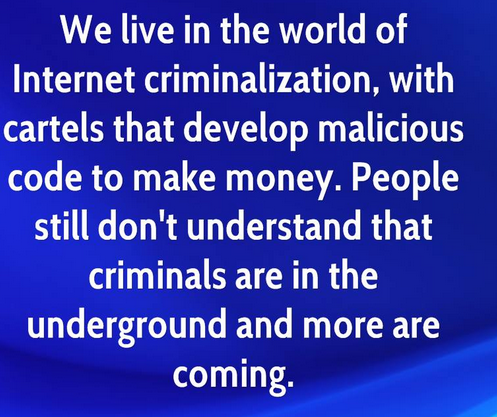 His comments on Android “More and more – millions of brutal attacks – not safe” and Windows Phone “So far very clean.”

His comments on the IoT was that its only a matter of time before the internet connected device gets compromised. “Your fridge, router, microwave, camera, or smart TV are all waiting for an attack. They are the gateway to your personal network and who knows how criminals will use them,” he said.

He drilled down into the major attack scenarios.

“Cybercrime is just organised crime going cyber! It employs hackers to generate funds. Some attacks syphon off money, pay fake employees, or change coal and grain shipments to profit from them. It is getting so efficient at hacking corporate networks some criminals offer CaaS (Crime as a Service) hiring out professionals to take down corporations. They profile victims, find ways in, and exploit human and network weaknesses. Very professional and very resourceful,” he said.

“Espionage is about stealthily gaining access to secrets. Many nation states are in the game and so far almost everything has been infected – power, telecoms, finance, medical, transport, infrastructure and the incident rate is rising. It could be to gain advantages in negotiations or to alter data that you would normally trust but mostly it is one step away from cyber warfare,” he said.

“Sabotage is about disruption. A German steel mill or the possible crash of an airbus last May,” he said. Eugene said criminals are prepared to wait weeks, months or years to place their own people inside and gain responsibility for data – or they just bribe them initially to collect information and later to open up back doors. 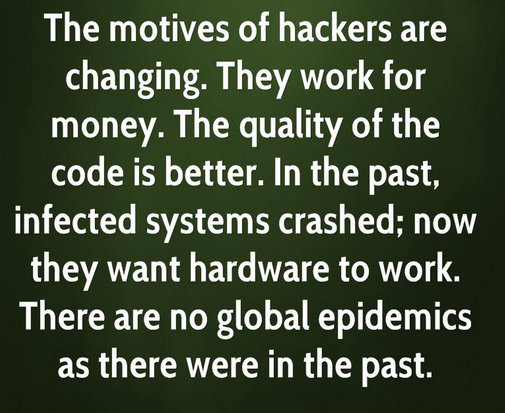 “What to do? Disconnect from the internet for starters until we find cures,” he said. On a more positive note he said the answer was via education, law enforcement and information sharing – Interpol, Europol and more international cooperation to prevent attacks from spreading.

And for the business leaders he had a sobering message, “Ransomware is growing fastest. Cybercrime is the new norm. Do not trust employees with valuable data. Create air gaps between critical data and the internet and be prepared to be the next target. Oh and Kaspersky can help you,” he beams to an appreciative audience.

You may appreciate the video shown to the lunch – it is here in Dropbox – just click play. 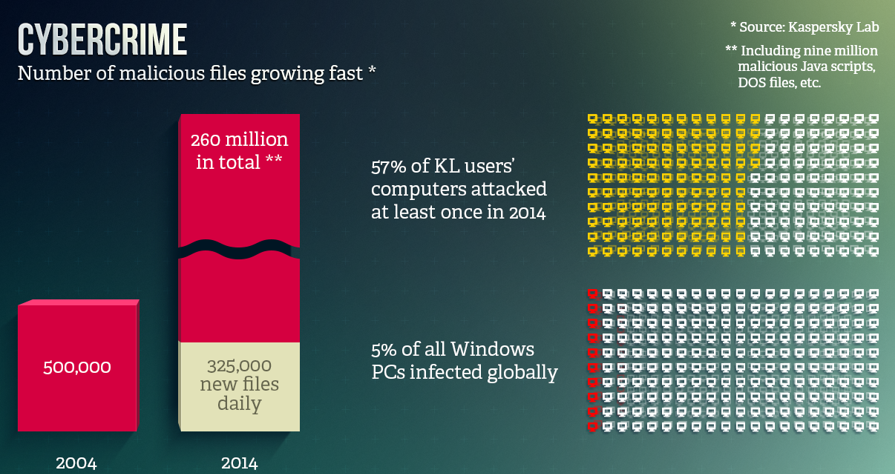 More in this category: « AVG, ZTE partner in mobile security deal Cybercrime initiative aimed at solving crimes faster »
Share News tips for the iTWire Journalists? Your tip will be anonymous