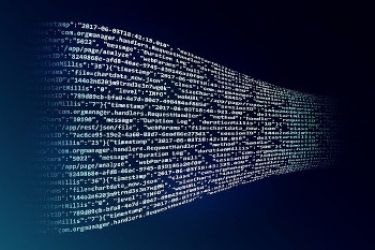 Image by xresch from Pixabay

A serious vulnerability in the Log4j Java-based logging library is affecting many enterprise applications and cloud services.

The flaw, an unauthenticated remote code exploit, allows the complete takeover of systems using versions 2.0-beta9 up to 2.14.1 of the library.

Developed by the Apache Software Foundation, Log4j is used in software that does not use Java as well and products from Apple, Amazon, Cloudflare, Twitter and Steam are all susceptible.

Earliest evidence we’ve found so far of #Log4J exploit is 2021-12-01 04:36:50 UTC. That suggests it was in the wild at least 9 days before publicly disclosed. However, don’t see evidence of mass exploitation until after public disclosure.

In a tweet on Saturday, British infosec expert Kevin Beaumont said he was seeing widespread exploitation against his honeypots. "...intriguingly, [there was] an attempt against an Apache box before details of this became public," he added.

The vulnerability was first reported on 24 November by researchers from Alibaba Cloud and has been given the tracking number CVE-2021-44228. It has been dubbed Log4Shell or LogJam.

"CVE-2021-44228 is a remote code execution vulnerability in Apache Log4j2," he said. "An unauthenticated, remote attacker could exploit this flaw by sending a specially crafted request to a server running a vulnerable version of log4j.

"If the vulnerable server uses Log4j2 to log requests, the exploit will then request a malicious payload over JNDI through one of the services above from an attacker-controlled server. Successful exploitation could lead to RCE."

The flaw was first seen to be affecting several versions of Minecraft, the popular sandbox video game, he added.

"This kind of vulnerability is a reminder that organisations must develop mature cyber security programs to understand cyber risk in a dynamic world.

"While details are still emerging, we encourage organisations to update their security controls, assume they have been compromised and activate existing incident response plans.

"The number one priority now is to work with your in-house information security and engineering teams or partner with an organisation that conducts incident response to identify the impact to your business."