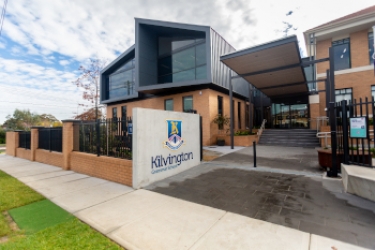 Data exfiltrated from independent co-educational Baptist institution Kilvington Grammar School by the LockBit ransomware gang has been posted on the dark web on 14 October. LockBit only attacks Windows systems.

iTWire asked the school, which is based on Ormond, on 15 October whether it had anything to say about the breach, but there has been a studious silence from the institution.

However, on Sunday, The Age reported that the school had notified the families of children who attend the school that it had suffered a data breach.

In a statement to The Age, the school said: “Kilvington Grammar confirms it has experienced a data incident involving unauthorised access to some of its online systems.

“Whilst the third party did not gain access to the school’s primary database, some data has been accessed. 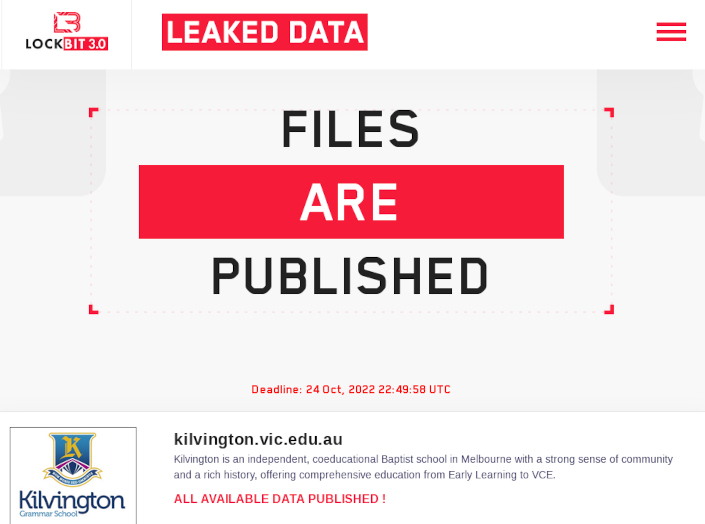 A notice on the LockBit website on the dark web advertising the fact that data from Kilvington Grammar was posted there in October.

“The team has undertaken a forensic investigation to establish the nature of this data and we have notified and provided support to affected parties.”

LockBit is a relatively new strain of ransomware that was formerly known as "abcd virus". According to security firm Kaspersky, attacks by this malware were first seen in September 2019, with the name being due to the file extension that was created when data on a victim's system was encrypted.

The company said LockBit was a subclass of ransomware known as a "crypto virus" due to the fact that it formed its ransom requests around financial payment in exchange for decryption. It is said to focus mostly on enterprises and government organisations rather than individuals.

Meanwhile, a technology firm that is contracted to work with the Victorian Government has also suffered a data breach.

The Age said PNORS Technology Group had contracts with six different departments, including Education and Training.

PNORS is yet to make any public statement about the attack on its systems. iTWire has sought comment from the company.

Update, 7 November: In a statement on Monday morning, PNORS chief executive Paul Gallo said the investigation into the attack, which was detected on 3 November and affected the Datatime and Netway businesses, was continuing.

"The impacted PNORS Technology Group businesses deal with document and data capture, digital conversion and managed IT support for a number of external clients, including government departments," he said.

"In the early hours of Saturday morning, the criminals behind the cyber attack released to the company, in a private communication, a sample of what is believed to be stolen data.

"We followed strict privacy protocols and notified the Office of Australian Information Commissioner to disclose the data breach."

Gallo said the extent of the breach was as yet unknown. "We are working closely with all authorities to assess how many of our clients have been impacted and the nature of the data that has been stolen," he said.

"Advice from our independent security experts have confirmed nothing has been released in the public domain at this point in time.

"When we were informed about the cyber attack we immediately shut down and isolated all our internal systems and took further measures to secure our network and data, along with pausing all data processing."