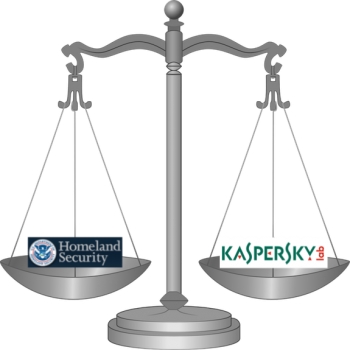 Citing "reputational and revenue impact of a Binding Operational Directive based on media reports, rumour and unsubstantiated allegations", Kaspersky Lab is fighting back and wants due process.

Billed in the media as "Kaspersky Lab suing the Trump administration", the reality is less clickbait and more what you'd expect the company to do: fight for its rights in the land of the brave and the land of the free.

Kaspersky Lab's own announcement of the matter simply states "that it is seeking an appeal in federal court of US Department of Homeland Security’s decision on Binding Operational Directive 17-01 banning the use of the company’s products in federal agencies".

The company says it "filed an appeal under the Administrative Procedure Act to enforce its constitutional due process rights and challenge the Binding Operational Directive prohibiting the use of the company’s products and solutions by US government agencies".

An open letter to the DHS has been published by Kaspersky here, and by  chief executive Eugene Kaspersky at his official blog.

The company "asserts that the DHS’s decision is unconstitutional and relied on subjective, non-technical public sources such as uncorroborated and often anonymously sourced media reports, related claims and rumours".

"Furthermore," we're told, "DHS has failed to provide the company adequate due process to rebut the unsubstantiated allegations underlying the Directive and has not provided any evidence of wrongdoing by the company.

"The willingness of the company to co-operate with DHS’s review has been well documented. Given the company’s longstanding commitment to transparency, the trustworthy development of its technologies and services, and cooperation with governments and the IT security industry worldwide to combat cyber threats, Kaspersky Lab reached out to DHS in mid-July, offering to provide any information or assistance concerning the company, its operations, or its products," the release continued.

"In mid-August," the company continued, "DHS confirmed receipt of the company’s letter, appreciating the offer to provide information and expressing interest in future communications with Kaspersky Lab regarding the matter. However, the next communication from DHS to Kaspersky Lab was notification regarding the issuance of Binding Operational Directive 17-01 on September 13, 2017.

"As a result, DHS’s actions have caused undue damage to both the company’s reputation in the IT security industry and its sales in the U.S. It has unfairly called into question Kaspersky Lab’s fundamental principles of protecting its customers and combatting cyber threats, regardless of their origin or purpose.

"In filing this appeal, Kaspersky Lab hopes to protect its due process rights under the US Constitution and federal law and repair the harm caused to its commercial operations, its US-based employees, and its US-based business partners."

Eugene said: "Because Kaspersky Lab has not been provided a fair opportunity in regards to the allegations and no technical evidence has been produced to validate DHS’s actions, it is in the company’s interests to defend itself in this matter. Regardless of the DHS decision, we will continue to do what really matters: make the world safer from cyber crime.

"As evidence of its commitment to trust, transparency, and accountability," Kaspersky Lab noted that it "launched its Global Transparency Initiative https://usa.kaspersky.com/about/press-releases/2017_trust-first-kaspersky-lab-launches-its-global-transparency-initiative on October 23, 2017".

We're told that "this Initiative will include an independent review of the company’s source code, software updates and threat detection rules; an independent review of internal processes to verify the integrity of the company’s solutions and processes; three transparency centres by 2020, in Asia, Europe and the US; and increased bug bounty rewards up to $100k per discovered vulnerability in Kaspersky Lab products".

The company says that "other corporate statements of relevance can be found here". 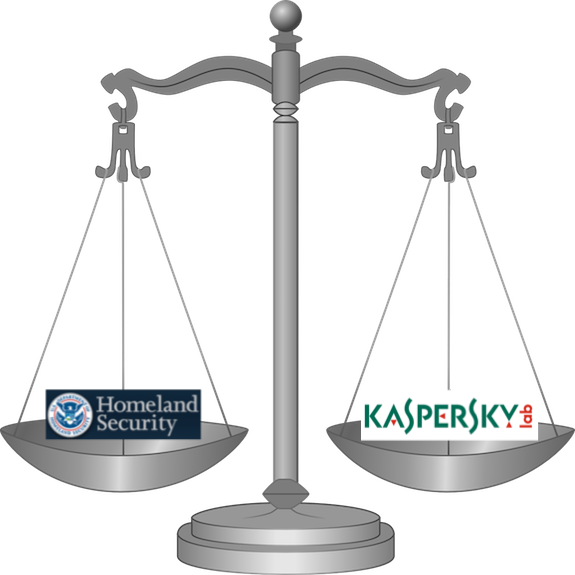 More in this category: « Researchers say people can be identified from released medical data US blames North Korea for WannaCry attack in May »
Share News tips for the iTWire Journalists? Your tip will be anonymous