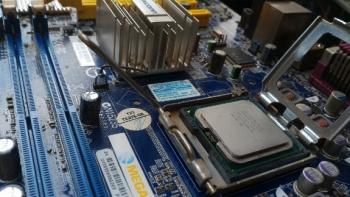 Intel says it has identified the reasons why the patches it issued for the Meltdown and Spectre vulnerabilities caused crashes on the Broadwell and Haswell platforms.

The company's data centre group general manager Navin Shenoy said in a statement that progress was being made to develop an update which would work.

The two flaws were revealed in the first week of January and are in Intel processors made since 1995. Since then, companies have been hustling to offer fixes and workarounds.

Meltdown removes the barrier between user applications and sensitive parts of the operating system.

Spectre, which is also reportedly found in some AMD and ARM processors, can trick vulnerable applications into leaking the contents of their memory.

There have been numerous reports of issues with the various patches issued by vendors, including Intel.

Shenoy said until the new patches were tested and then issued, OEMs, cloud service providers, system manufacturers, software vendors and end users should hold off from applying current versions of the patches as they could cause reboots and other unpredictable behaviour.