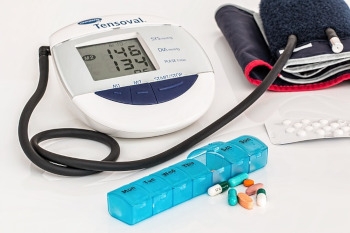 The data cache was discovered on 24 August by security firm UpGuard and found to be publicly writable.

The owner of the bucket was identified as MedCall Healthcare Advisers using multiple attributes such as the name of the bucket, the username listed in the ACL permissions, “randy”, and the contents themselves, which include PDFs with Medcall letterhead and Medcall representatives in the recordings.

MedCall chief executive Randy Baker was contacted on 30 August and by the next day access to the bucket had been restricted.

UpGuard said the following kinds of sensitive data were found in the unsecured S3 bucket:

Material about 150 businesses was also part of the dataset, including those in transport, local government and large franchise chains like Piggly Wiggly, KFC, and Hampton Inn.

"The digitisation of information coupled with Internet-facing storage technologies has created an environment where large amounts of information — including sensitive information — can be aggregated, centrally stored, and made available anywhere in the world," UpGuard said.

"The advantages this provides are self-evident by now, but the risks taken on by the same factors only become clear when information becomes exposed.

"It should be the responsibility of any organisation that handles sensitive data to protect the integrity of that data with secure systems and controlled processes across their digital presence, including, and perhaps especially, their vendors."

But late in February, UpGuard had to rework a report on what it claimed was a cloud-based data storage repository, that was used by business analytics software provider Birst and left unsecured.

It said as a result, data about financial services firm Capital One had been exposed.

But Capital One contested these claims, as did Birst. UpGuard then took down its original post, while it discussed the matter with Capital One. An updated version of its post was issued in March.

More in this category: « Bristol Airport hit by Windows ransomware Chrome, Firefox will not trust Symantec SSL certs from next release »
Share News tips for the iTWire Journalists? Your tip will be anonymous