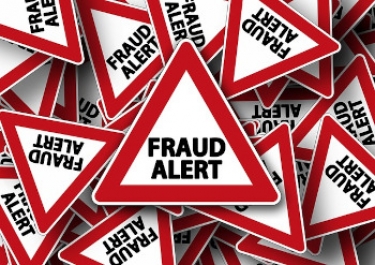 A blog post published by the security firm Flashpoint on 22 October appears to have been the starting point for the claim that a supposedly new ransomware gang Groove was a hoax and one designed to make both security firms and the media look foolish.

Flashpoint said in the anonymous post: "On October 22, the Groove ransomware collective called on its 'business brothers' to 'stop competing, unite and begin to destroy the US public sector'.

"Shortly thereafter, the threat actor behind Groove Ransomware, whose alias is 'boriselcin' or 'Orange', released a statement in which they highlighted the 'hoax' behind the Groove ransomware: It was never about holding organisation’s ransom; it was a social engineering experiment."

This statement appears to have been fed to some media outlets, as iTWire can best judge. At least one among them, a site run by former Washington Post employee Brian Krebs, used a sizeable amount of information from the post, but did not acknowledge the source.

Flashpoint is a competitor to both McAfee and Intel471, both of which took the Groove gang seriously, as iTWire pointed out in a report on Wednesday, which acknowledged the fact that we also gave the Groove group some publicity.

Somewhat surprisingly, the Flashpoint post included a link to an earlier post headlined "REvil Continues Its Reemergence, Joins Groove-led RAMP Forum", about the re-appearance of the REvil ransomware group in July. That post actually gave some credibility to the claim that Groove was an actual ransomware gang.

REvil was allegedly attacked by a number of law enforcement groups and disappeared from the dark web in the third week of October. It had earlier disappeared in May but re-appeared in July.

Another site, Data Breaches, took something of a middle path about Groove, saying it was more likely that the group was reframed as a hoax, when its attempts at ransomware operations were not successful.

This "hypothesis seems a bit more plausible than it starting as a total hoax because neither Robinwood, TriValley, nor Hagerstown Police Department have actually refuted claims that they were compromised, have they?" the site, which is claimed to be run by a licensed health care professional, said, referring to three attacks that were claimed by Groove.

The most interesting part of the Data Breaches post was that the site had been given "evidence" to prove that Groove was a hoax. "But in one of the most bizarre stories concerning Groove, DataBreaches.net was given some alleged evidence that Groove were fraudsters," the post said.

"The 'evidence' was provided by someone who purported to be with a top-tier ransomware group. According to this person, when Groove wasn’t paid by victims, Groove would pose as a well-known researcher and contact the victim to offer their services.

"I [the person behind Data Breaches] was told that a number of researchers were impersonated that way, with Groove using their names and directing email to a domain Groove allegedly controlled."

Surprisingly, neither Bleeping Computer, the site that led the way on Groove coverage, nor The Record, a site backed by CIA-funded threat intelligence firm Recorded Future which gave Groove oxygen through tweets, have made any mention of the fraud claims.

More in this category: « BlackBerry and Okta integrate Spark UEM and Identity Cloud Leading security company unveils solution that enables a touchless and seamless experience for travellers and operational efficiency for government agencies and service providers alike »
Share News tips for the iTWire Journalists? Your tip will be anonymous